Lifetime announced Wednesday that a Spears biopic currently titled Britney is on the way. Yes, Army, this is real. Actress Natasha Bassett will play Spears in the two-hour film.

The project will be directed by Leslie Libman, written by Anne-Marie Hess, and produced by Asylum Entertainment. Production begins in September and Britney is due in 2017.

Here’s the full article posted by The Hollywood Reporter 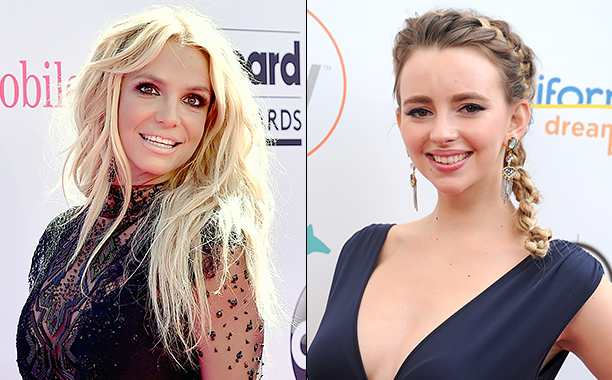 Lifetime is jumping on the Britney Spearsbandwagon.
Days ahead of the pop star’s latest record release, the female-skewing cable network has set a TV movie biopic focused on the singer, The Hollywood Reporter has learned.Natasha Bassett (Hail, Caesar!) will star as Spears in Britney, which will detail what Lifetime described as the “tumultuous true story” of her rise to fame, fall from grace and triumphant resurrection.

The two-hour movie will follow Spears’ early career as a young girl from Louisiana and her relationship and breakup with Justin Timberlake as well as her personal struggles following her parents’ divorce. Also set to be examined are her marriages to Jason Alexander, Kevin Federline and her downfall that saw her lose custody of her sons before she rebuilt her career and proved herself to be a force in entertainment.

Britney will be produced by Asylum Entertainment (The Kennedys, Ring of Fire). Anne-Marie Hess will pen the script with Leslie Libman (Manson’s Lost Girls) directing. Exec producers include Steve Michaels, Jonathan Koch and Joan Harrison. Production is set to begin Sept. 19 in Vancouver for a 2017 premiere.

The news comes as Spears is set to release Glory, her ninth studio album, on Friday and appear on CBS’ The Late Late Show With James Corden for a “Carpool Karaoke” segment on Thursday. She also is set to perform on the MTV VMAs on Sunday. Spears recently extended her Las Vegas residency, keeping her at Planet Hollywood through February.

Asylum’s credits include Lifetime’s June Carter Cash TV movie Ring of Fire as well as Manson’s Lost Girls as well as the miniseries The Kennedys.

Bassett, whose credits include NBC’s Camp and Rake, is repped by Gersh, 3 Arts and Stone Genow.

Britney set to perform at the Apple Music Festival