Published on In
Interviews

Kevin did an interview with Us Weekly and he talked about his relationship with Britney. He described what first attracted him to her, he also admits to taking advantage of Britney’s money and more. Check out the interview below: 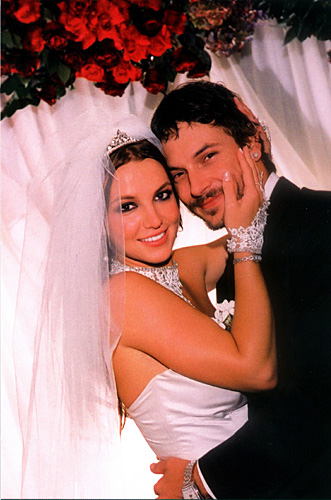 “That time of my life, it was great,” the former backup dancer told Us. “It was fun, it was crazy, it was chaos…The limelight, the entertainment business, the lifestyle — period. When you’re 25-years-old, how do you handle that? Nobody can prepare you.”

“Having 50 paparazzi suddenly in my face was a huge eye-opener. Our life was running at 150,000 miles per hour. I soaked up as much of the lifestyle as I could. I’d walk into a club and get a table worth $15,000 a night with unlimited free drinking. To not have to worry about making my next car payment felt like a huge weight lifted off my soul. But everything got so crazy.”

“We had an instant chemistry – and then it became a soap opera for the world. It surprised me how down-to-earth she was, with normal Southern values instilled by her parents – but also, obviously, not that innocent… I have so many great memories that outweigh the bad.”

“There was ups and downs. We’re not perfect people, obviously,” he told Us. “There’s things that she did, there’s things that I did…I think all of that is just from being young and everything plays a part into it…[but] I have so many great memories, they outweigh the bad,” Federline recalled. “For us to split up and me say that, it should speak very loudly.”

“Britney proposing to me on a plane three months after we met and getting married two months later was just us living in the moment. I really thought I’d spend the rest of my life with her… There were a few drastic things that went down, which I’ll never talk about, but overall we still had fun. So when she filed for divorce, I was completely caught off guard. Look, there are a million things I could say about her that would make huge headlines and cause a ton of drama, but for what? The truth is I loved her to death.”

“It was extremely tough watching her go through a phase where she was clearly not OK right after the divorce. There’s a lot more I could have done to help. Taking full custody of the boys sucked the life out of me, but it was for them. I have to give Britney’s dad, Jamie, a lot of credit for saving her. He made it so I could actually deal with her again.”

The MANY Faces Of Britney Spears!