Welcome to Britney Spears Fan your best online source on everything about Britney Spears. Here you'll find her latest news, photos, videos and many more on her carrer. We have a photo gallery with more than 250,000 photos and growing! We hope you enjoy our site and if you have any question please feel free to contact us. Thank you!
Published on In
Interviews Photos

Britney Spears on the cover of ‘Women’s Health UK’

Britney Spears shows off her fabulous figure on the cover of Women’s Health UK magazine’s latest issue, on newsstands tomorrow! Here’s a sneak peak of the interview.

Let’s be honest, most of us have been watching Britney Spears grow – and shrink, and grow – from the time she gave the world a glimpse of her teenage tummy in the ‘…Baby One More Time’ video 16 years ago. Since then, she has had babies of her own (Preston, nine, and Jayden, eight; their father is ex-husband Kevin Federline), and her body has gone back and forth between MTV-ready and mum tum.

But before Britney’s arrival at the set of her WH photo shoot, her long-time manager, Larry Rudolph, mentioned that she was in probably the best shape of her life, and here it is: living proof.

The 33-year-old’s abs are enviably cut; her arms, sculpted; her legs, lean and defined. And while the petite powerhouse (she’s 5ft 4in) is not the biggest fan of her behind – “I wish it were smaller,” she tells us – most women probably wouldn’t mind swapping derrières.

It seems Brit’s been listening to some of her own lyrics: “You wanna hot body/Look hot in a bikini/ You better work, bitch!” (From, yup, ‘Work B****’, one for any treadmill playlist.) Even during a five-week break from her Piece of Me show – her several nights- a-week residency at Planet Hollywood Resort and Casino in Las Vegas that will last at least until September 2015 – she’s kept up her turbo charged fitness regimen. (And all this while simultaneously launching a new sleepwear line and promoting her 17 fragrances; her latest, Fantasy Stage Edition, marks 10 years in the beauty business.) “After I had Jayden, it was real easy for me to get back in shape,” she says. “But five years later, I started noticing changes in my body. My hips are a little bit wider because I’ve had kids. So it was crucial for me to be continuous with my exercise. Consistency is key.”

Find out more about our amazing cover star, including Britney’s two-week workout journal PLUS the killer workout plan she swears by in our new issue – out January 29th! You can also download the digital edition here. 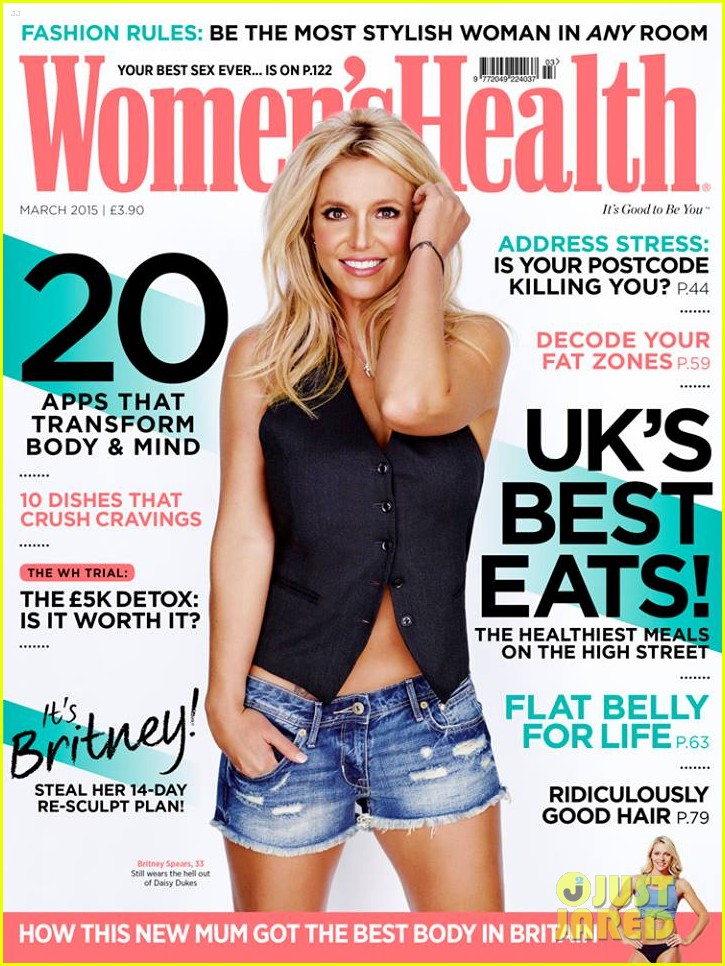