Let’s try to recap the mess that the latest court hearing was.

On July 13, Britney’s mom filed a request with the Los Angeles County Courts to be included in all decisions made about Brit’s finances, specifically in any ‘special notice’ of ‘all matters’ having to do with Britney’ trust.

Yesterday, a court hearing was scheluded to discuss the conservatorship and, for some reason, they also moved the August 22 hearing (related to Jodi’s role as conservator) to yesteday. Britney was set to appear through video conference (as everyone else due to COVID-19).

But… due to “technical difficulties”, Britney was unable to connect to the hearing *eye roll*, so it was  suspended and delayed until August 19 because the judge wanted to hear Britney before making a decision. There are also rumors of hackers, late arrivals from CPS and even health issues but nothing is confirmed. What is confirmed is that Britney did not attend.

Oh, and Jamie requested that the rest of the case be locked from public view and the judge granted it…

To be completely honest, and this is my personal opinio, this looks like another attempt from Team B / Team Conservatorship to delay everything until the Free Britney movement is dead. This is the first time, in a loooong time, that the GP is talking about this illegal conservatorship and they clearly dont like it. But it wont happen, so I’m sorry Team B. They can keep reporting fan accounts, suing fans and fansites, blocking/banning the FreeBritney hashtag on every social media platform but we wont stop.

And one last thing… It looks like team B is preparing some damage control because a new interview with Bryan Spears will air today. Yeah… Bryan.

UPDATE REGARDING THE HEARING: A source confirmed to BreatheHeavy why the hearing was rescheduled:

What actually happened is that four individuals who originally joined the video call with the judge were ordered to exit the call before Britney signed on because the information is confidential. However, they ignored the judge’s requests, likely in an effort to stumble upon sensitive information, and continued to pop in and out of the stream prior to Britney’s virtual arrival. As a result, the judge delayed the hearing as it was imperative to keep what Britney had to say completely private. 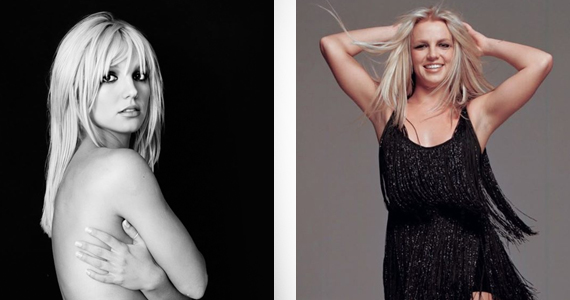 We’ve updated XRAY with lots of new previously unseen outtakes from various shoots taken in 2001 and 2003. The pictures are beautiful. 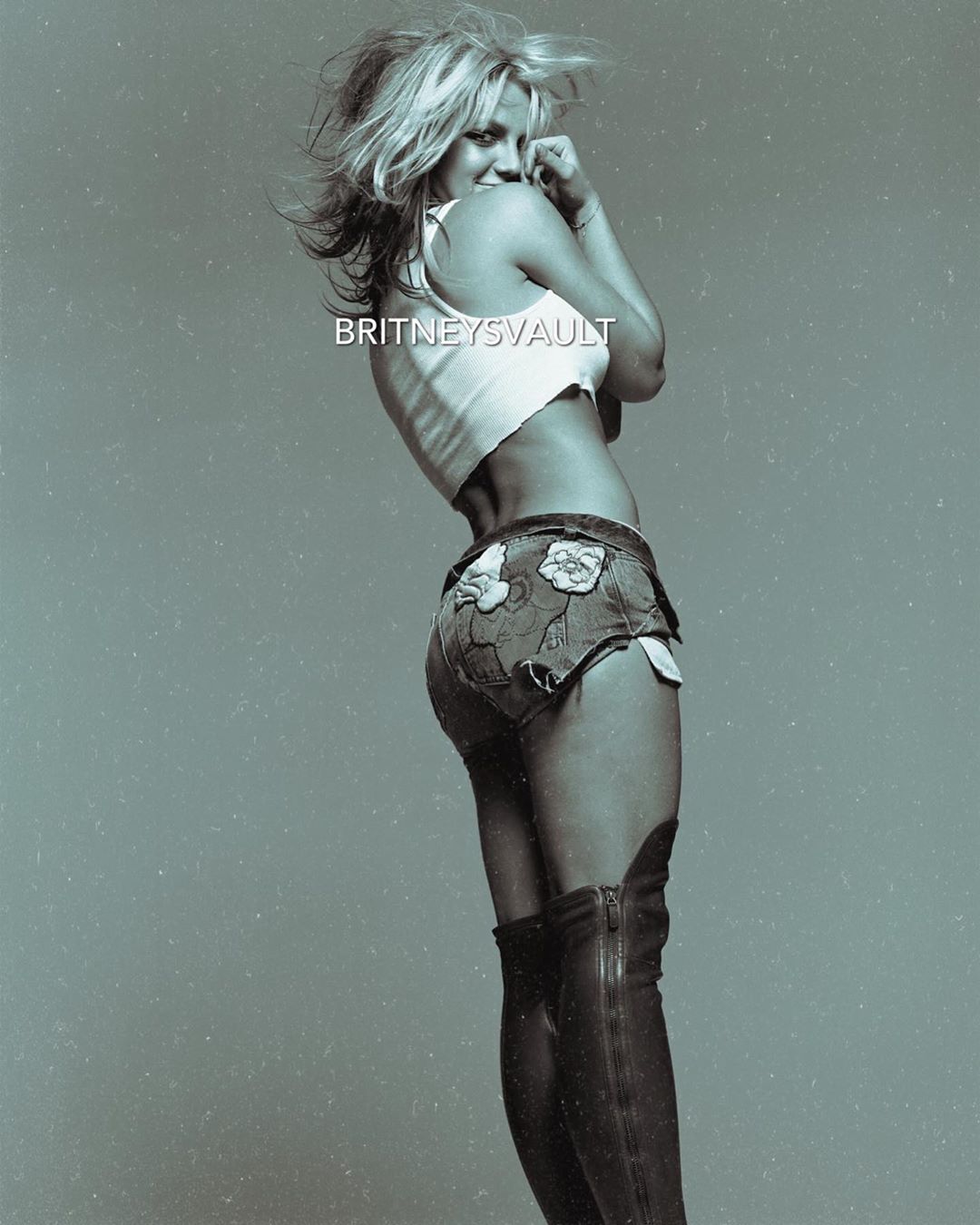 Yesterday, Britney released two new remixes for Mood Ring and one of them features new vocals! At the beginning of the Pride Remix, Britney says “There’s only one bitch. The real one… Britney”.  Yas queen!! We love it.

BTW, one of the songrwiters of the song confirmed that the new vocals were recorded 5 years ago.

You can now listen to the new remixes on all streaming plataforms. 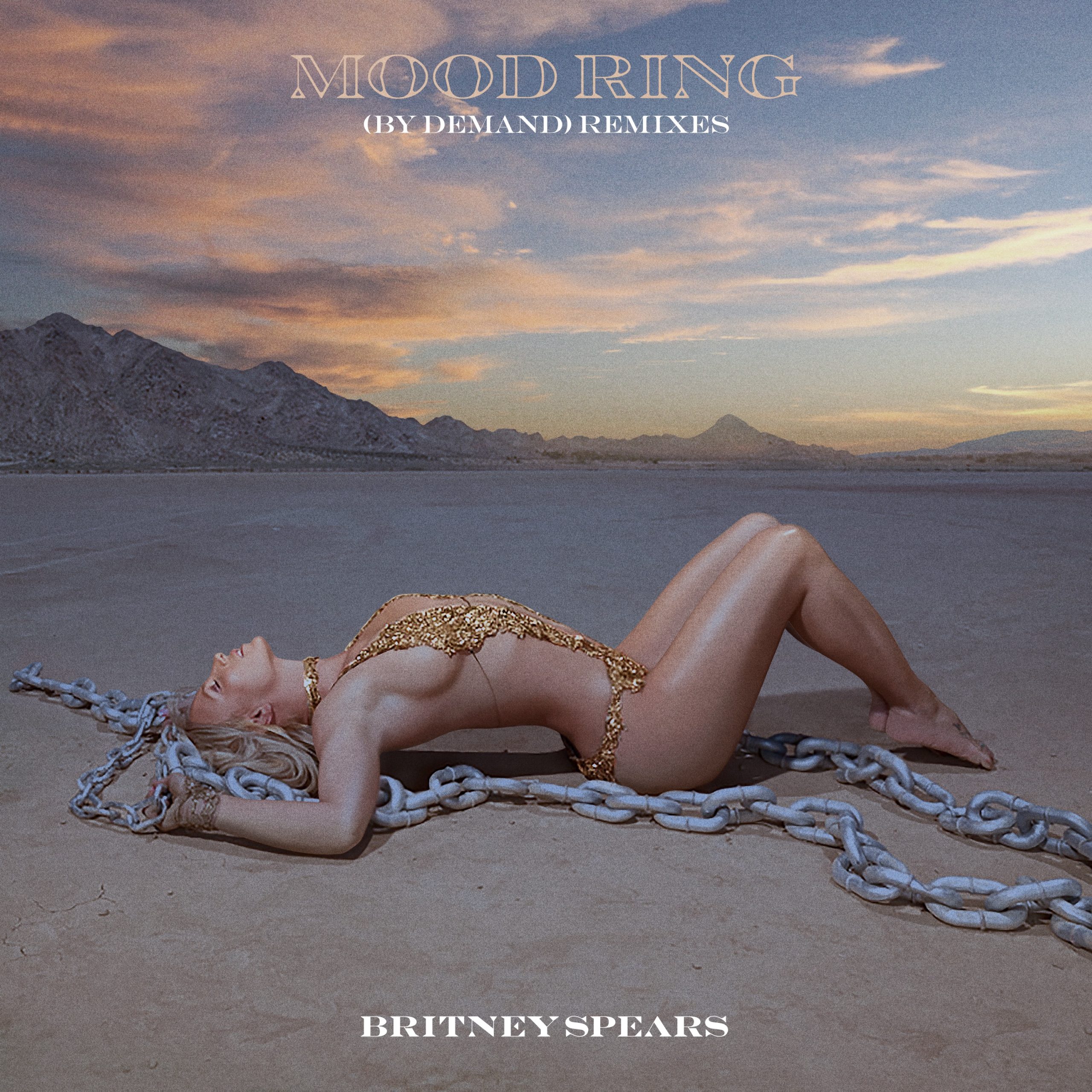 She recorded it nearly 5 years ago but it somehow was axed from the final version of the song (not sure who took it off the original) but I’m THRILLED to let the world finally enjoy the full-bloom view of this Britney flower.

On Thursday, Britney and Sam were spotted together while out in LA! Check out all the pics in XRAY. 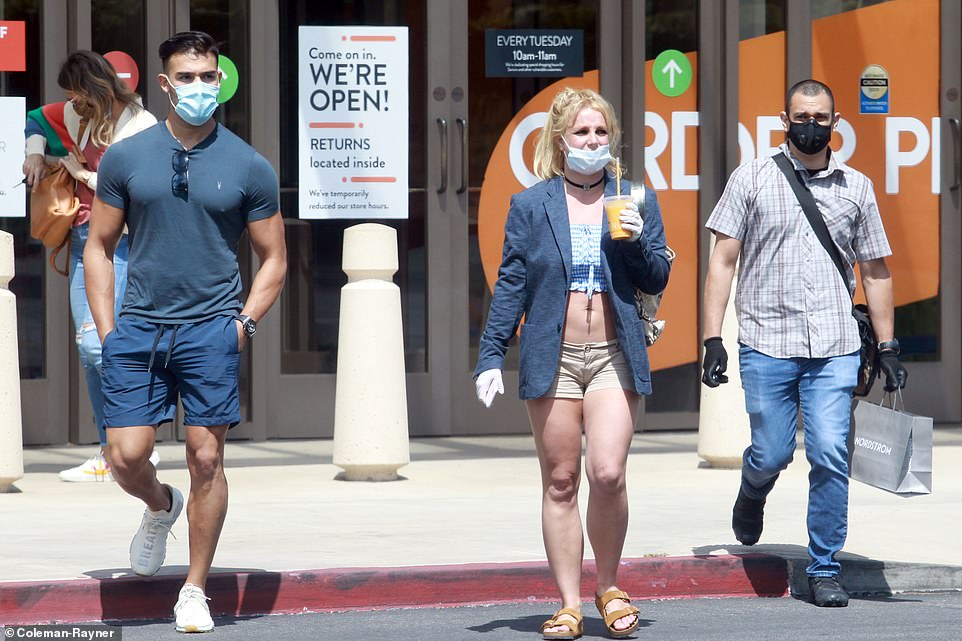 “Mood Ring” is coming to Spotify!

Surprise! “Mood Ring”, bonus track from Glory’s Japanese edition, is coming to Spotify and all streaming plataforms tomorrow May 29th!

This is the first time since Glory’s release that the track will be available worldwide. Here’s the teaser posted on Britney’s instagram account.

Comments are off
Published on In
News Photos

Here’s the original cover for Glory!

O.M.G. WE ARE SHOCKED!!! The cover of Glory has been updated on Spotify and iTunes and now we can see the original cover!

This was part of the shot made by David LaChapelle, which was scrapped at the last minute and later replaced with those screencaps by Randee St. Nicholas.

We don’t know why they decided to change the cover today but we are happy. 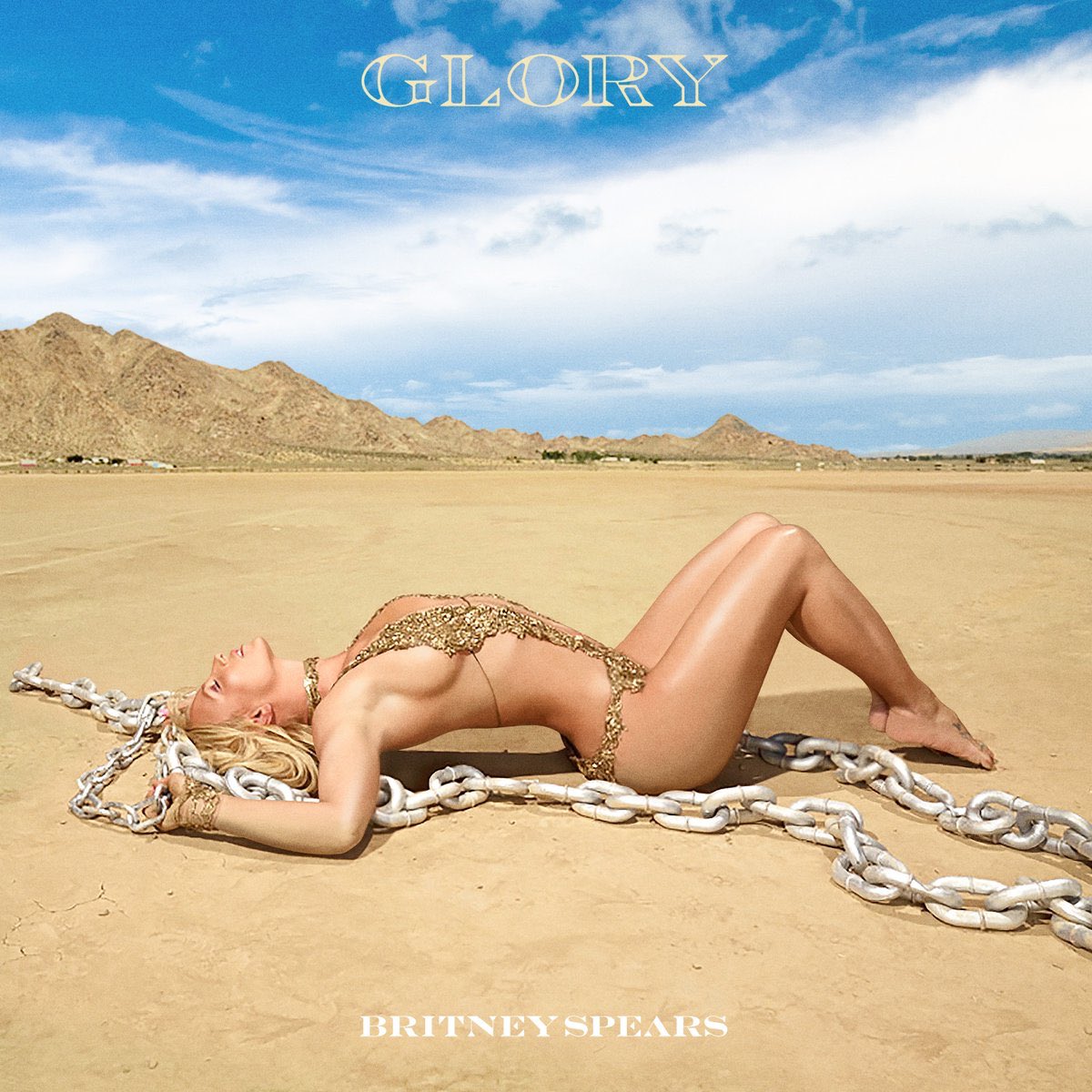 Comments are off
Published on In
News xray

On sunday Britne was spotted on her car in Los Angeles with her bodyguard. The video is really short but at least we got a new picture! Check it out on XRAY. 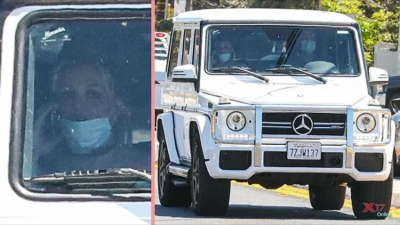 The court hearing for Britney’s conservatorship, schelued for tomorrow, has been postponed until Jully 22 due to the Coronavirus pandemic and the temporary conservatorship has also been extended until August 22.

Yes, sadly this feels like it’s never going to end but we can all agree that this time those b*stards were lucky.

“In response to Covid-19, the need for social distancing, and pursuant to the General Order issued by the Presiding Judge, the court finds good cause to continue this matter as follows.” The hours-old filing said Spears’ appointment will be rescheduled to July 22nd, and that “all temporary orders and letters are extended” until August 22nd.

In the meantime… Don’t forget to spread the word about #FreeBritney movement.

Last Monday, Britney and Sam were spotted arriving at the Four Seasons Hotel in Santa Barbara. Check out all the photos in XRAY!

New year, new fragrance because… Why not? Britney’s team has just released a new fragrance called Glitter Fantasy. It’s unclear if it will be made available for purchase in the US but so far it looks like it’s not on sale. 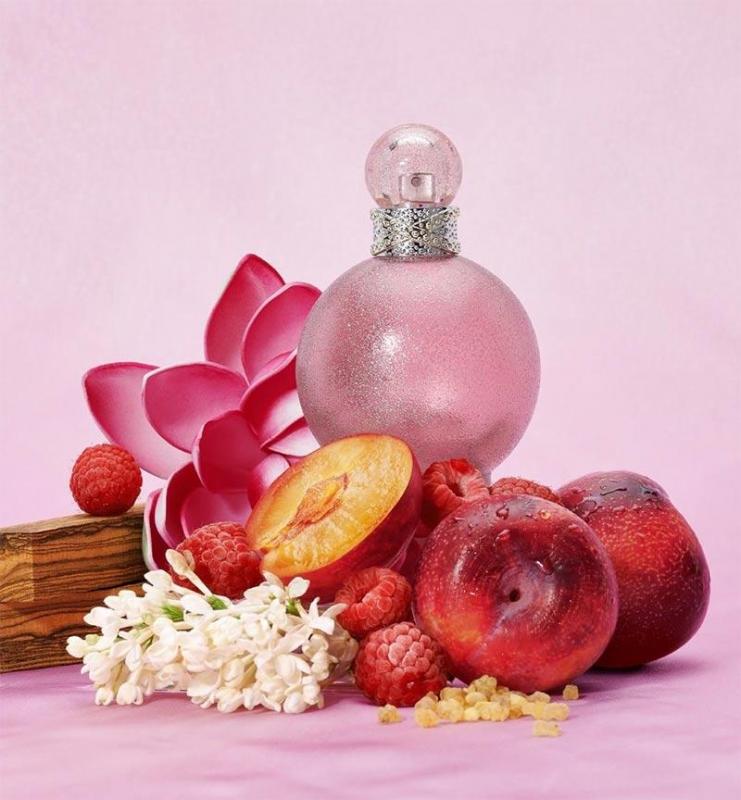 “This sparkling scent glimmers with twists of sophistication. Flirtatious red fruits mingle with a radiant floral bouquet. Seductive woods and enveloping musks glisten for a moment of surprise and delight.”

And there’s also a new official promotional photo for the perfume but… I don’t wanna be mean but that’s not Britney and/or it’s a REALLY BAD photoshop edition. Look at her face, her mouth! I’m sorry but it’s terrible. 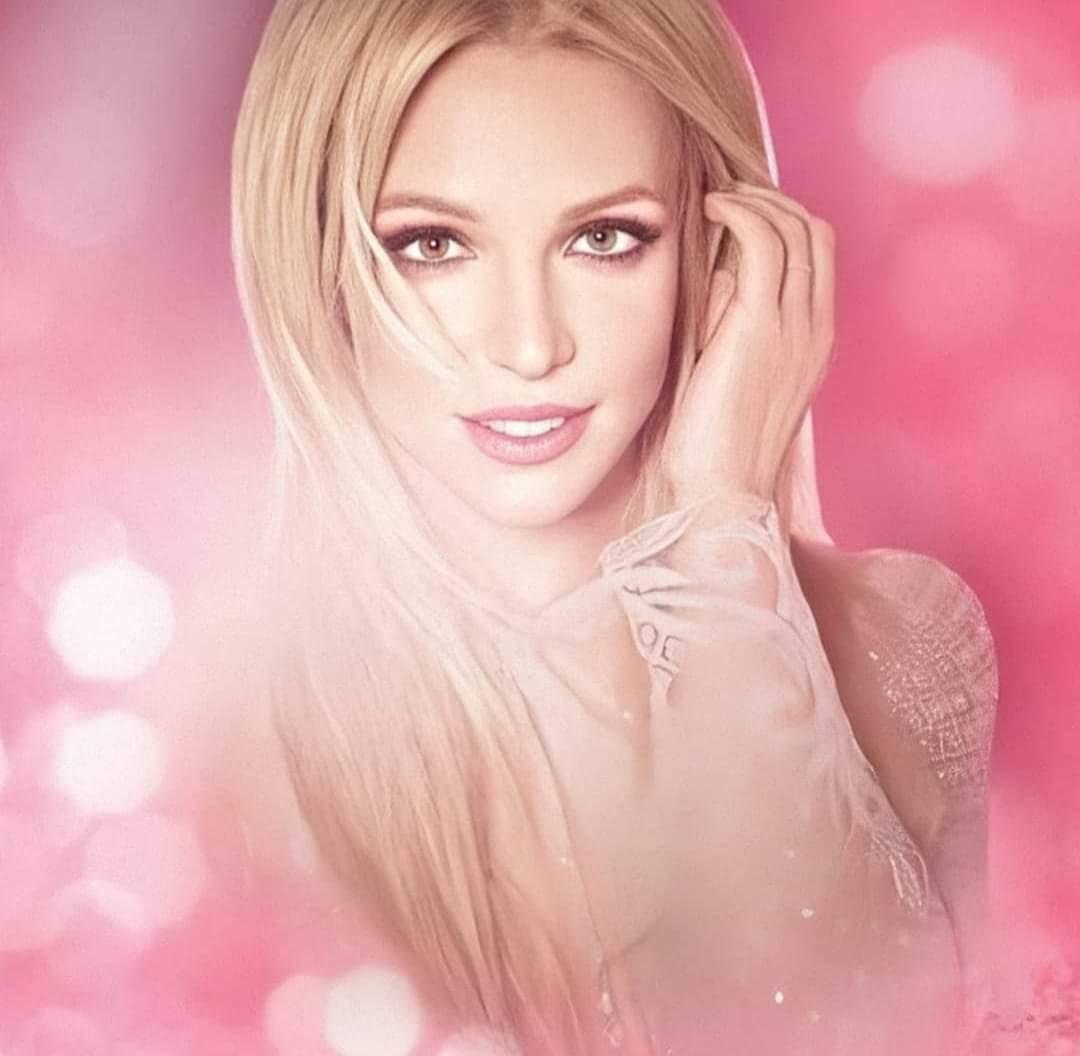