As you may already know, today a new court hearing regarding Britney’s conservatorship was held and we have some interesting and big news to remark.

First of all, nothing has changed. Basically, no major changes were made. However, that doesn’t mean that everything is the same. In April, Jodi’s role as Britney’s conservator was extended until August 22 due to the Coronavirus pandemic but now, it was again extended until February 1, 2021. What does this mean? That the judge didn’t deny Britney’s request to permanently remove Jamie as her conservator (he was supposed to become her conservator again on August 23).

In fact, Britney’s lawyer was authorized to proceed with their case to remove Jamie as conservator. Samuel Ingham needs to file the new petition before September 18 and they have until October to prepare their case. That is why Jodi’s role as conservator was extended. Keep in mind that Britney has NOT petitioned to end the conservatorship yet so it’s not a surprise that the conservatorship was extended. If they didn’t do that, Jaime would have become her conservator again (and that’s what Britney is trying to prevent from happening).

It is frustrating that nothing happened today? Yes, of course. It’s always the same. But at least some progress has been made. Even when Britney asked him to step down, Jamie refused, he clearly doesn’t care about Britney’s whishes. So with him around, it would be impossible for Britney to petition the termination of the conservatorship. That’s why they need him out of the picture. Sadly, he’s still in charge of Britney’s estate.

And I almost forgot to mention that today’s hearing was a continuation of last month’s postponed hearing so there was a part that was in fact sealed and, of course, we don’t know what happened (the court docs say that “the court makes findings and orders under seal) but, strangely enough, Britney did not attend (even though she was supposed to do it)

Last but not least, the ACLU has offered to help Britney Spears remove her father Jamie Spears as her conservator and they tweeted this during toda’s hearing: “People with disabilities have a right to lead self-directed lives and retain their civil rights. If Britney Spears wants to regain her civil liberties and get out of her conservatorship, we are here to help her.”

Whatever happens next month, we will continue to fight and show our support for Britney. 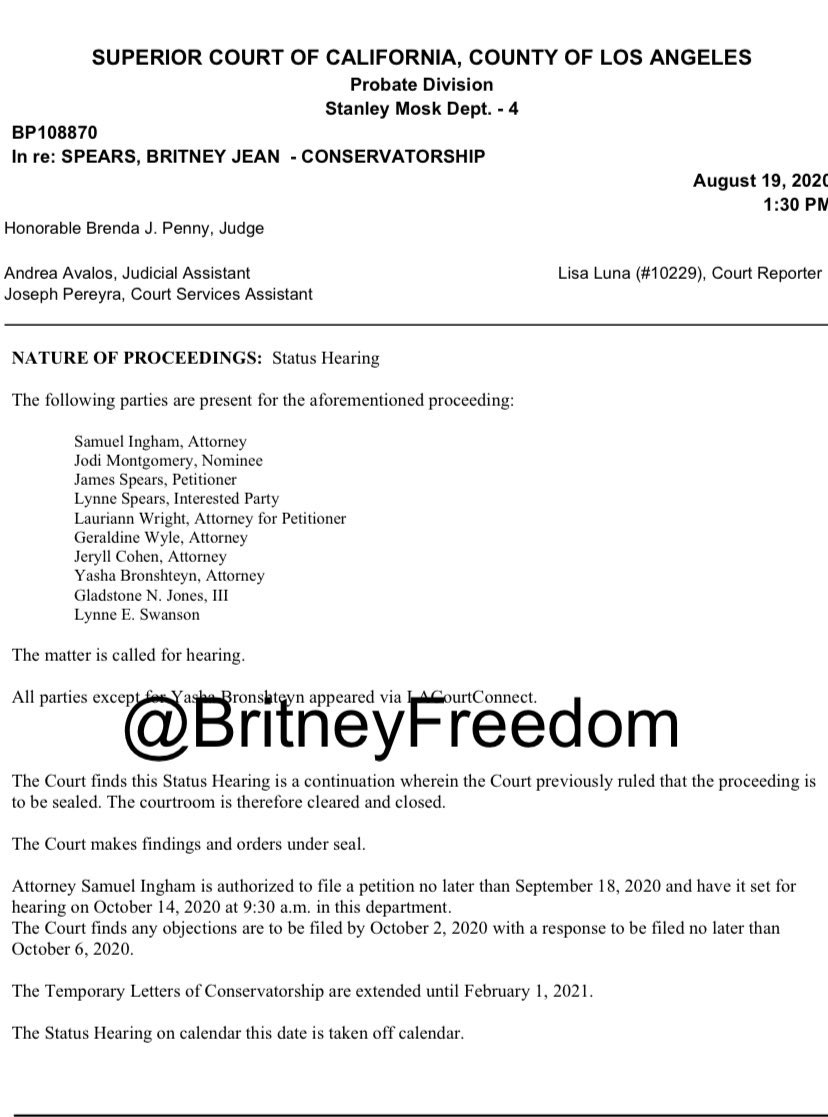 New pictures of Britney out for shopping in Westlake Village
Britney adds a second show in Bangkok!
Britney spears message for the “Party Smart” campaign