Published on In
Events News Photos

Here’s a sneak peak of Britney’s costume for her BBMAs performance tomorrow! We love it!!

Britney Spears is going to be one stunning starlet at the 2016 Billboard Music Awards!

Ahead of Sunday’s award show, designer Mark Zunino exclusively showed ET the outfits he custom-created for the “Perfume” singer’s performance.

One of those quickly created yet incredibly detailed looks is a ruby red jacket that features two slits in the front, a cinched-in waist and bedazzled hardware, which Zunino has styled with sky-high scarlet boots. 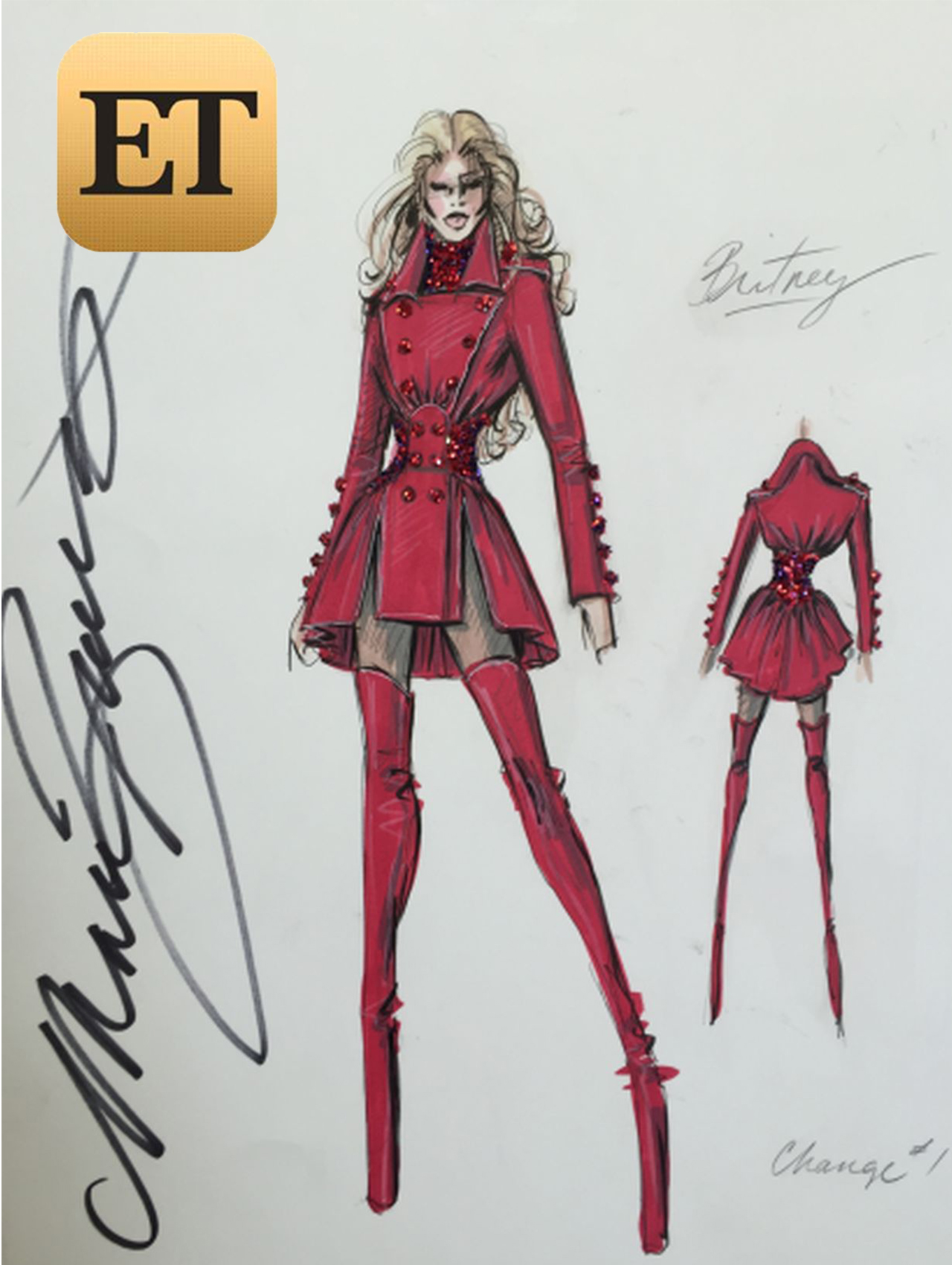 Zunino is also dressing Spears in a sparkly one-piece number that consists of a glitzy collar and red, purple and gold embellishments from top to bottom. 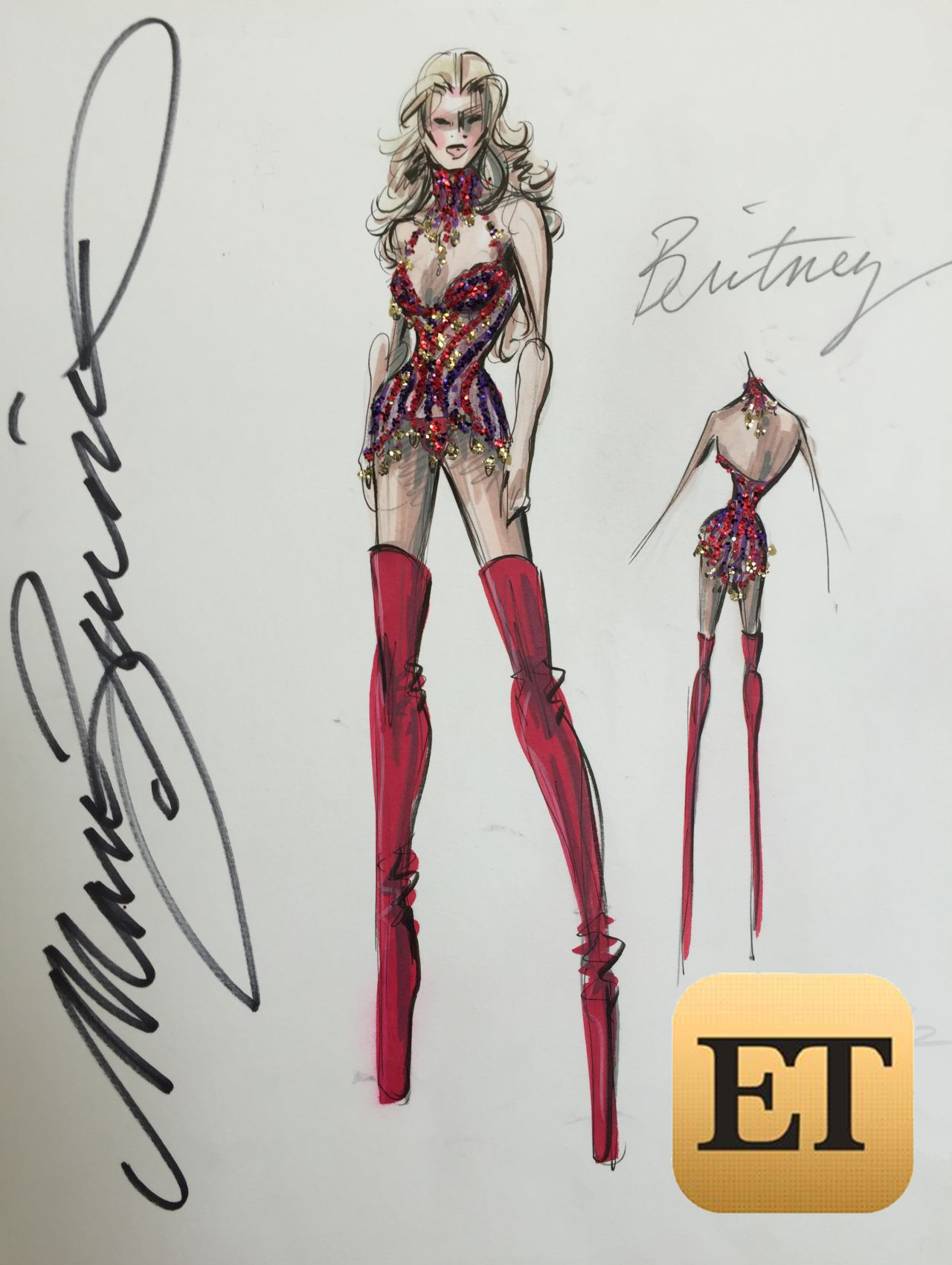 “There was an enormous amount of hand-beading involved with many of the pieces,” he told ET. “Britney’s body is so toned that we were able to forgo using nude illusion and were able to have hand draped crystals swaged on her actual body.” 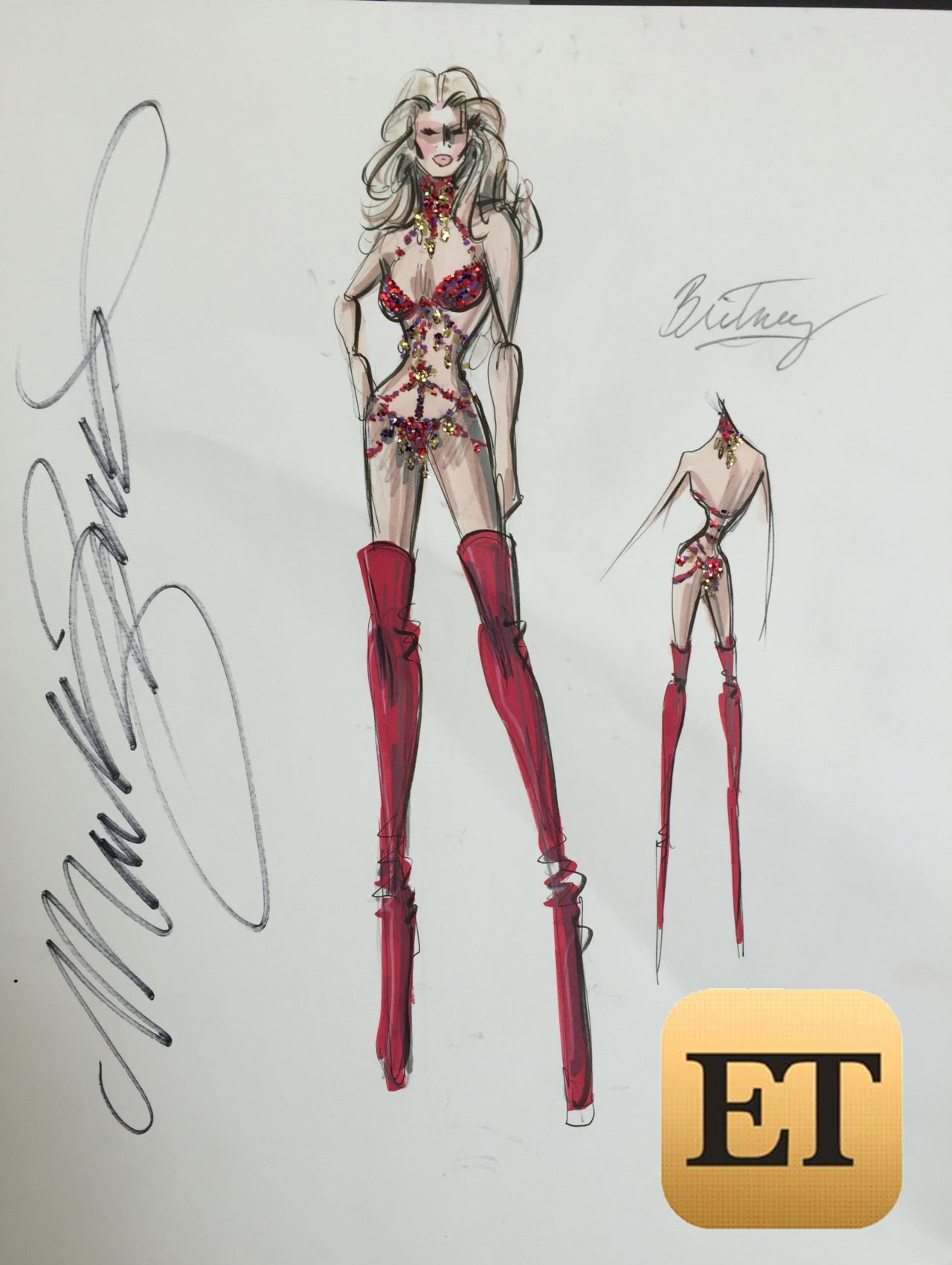 Earlier this week, Zunino shared a few close-up photos of the top’s intricate detailing to his Instagram page, as well as a few pics of some of the seamstresses hard at work on the costumes.

“The costumes had to be completed within one week, so we had to work around the clock — six seamstresses working 24-hour shifts for five days straight,” he told ET.

Spears, who will be receiving the Billboard Millennium Award and opening the show with a medley of her greatest hits.

The awards show kicks off Sunday at 8 p.m. ET on ABC

Working 'round the clock for a HUGE performance at the 2016 Billboard Music Awards! Anyone figure out who yet?? #markzunino #billboards2016 #beyonce #mariahcarey #britneyspears #madonna #jenniferlopez

Are you ready? Tune in tomorrow, May 22, on ABC at 8PM EST/5PM PST! #markzunino #billboards2016 #britneyspears

“I Love Rock N’ Roll” guitar on the BBMAs stage!

Larry Rudolph on Britney’s new album: “It’s different. It’s like Britney meets The Weeknd”
Britney shot the video for “Make Me (Oooh)'” today?
Britney set to perform at the VMAs!!