It looks like more rats are leaving the sinking ship. According to TMZ, Ingham will file legal docs as early as today asking the judge to be dismissed as Britney’s court-appointed lawyer.

TMZ wrote: “Sources with direct knowledge tell TMZ, Ingham is extremely upset at Britney’s statement in court … that she never knew she could end the conservatorship. We’re told Ingham regularly gave Britney options, including requesting that the conservatorship should end, but she never wanted to pull the plug.

Our sources say Britney did talk to Ingham about removing Jamie, but she never wanted to end the conservatorship. We’re told the last straw was when Britney told the judge Ingham never told her what he’s legally required to do … namely inform her of her options.

We’re told Ingham will not go into detail in his filing, because of attorney/client confidentiality.”

We know TMZ is Team Con and has been publishing info given by Jamie and Team Con so they are not a reliable source but we’ll see if this happens.

Anyway, one thing we should ask Ingham before he resigns… WHERE IS THE PETITION TO TERMINATE? 12 DAYS AND COUNTING, SAM. 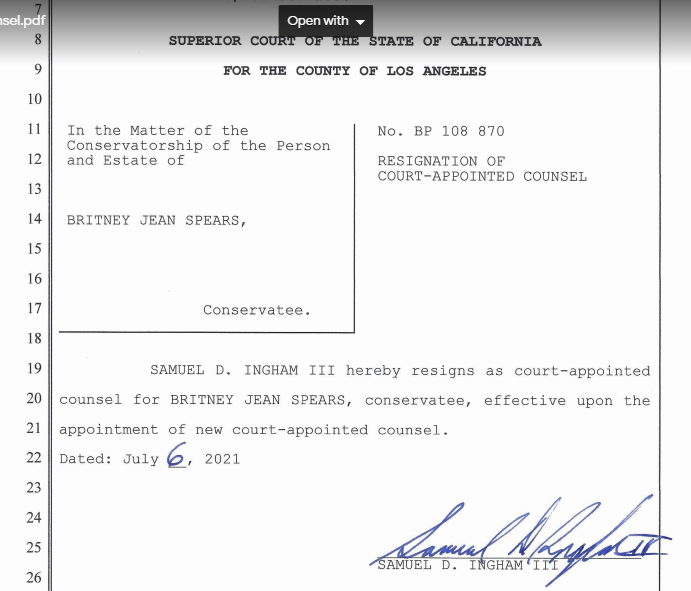 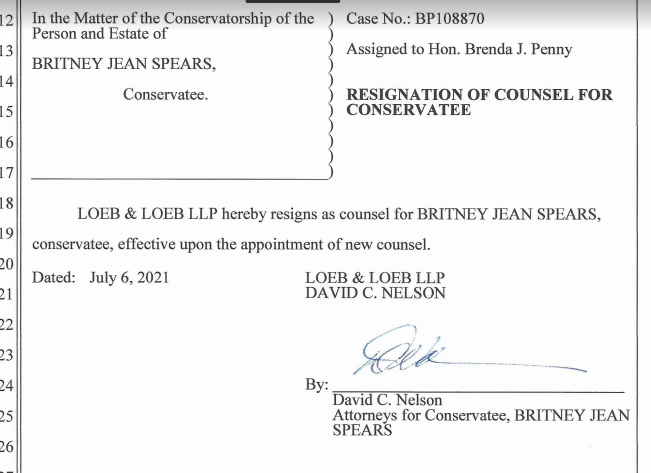