Welcome to Britney Spears Fan your best online source on everything about Britney Spears. Here you'll find her latest news, photos, videos and many more on her carrer. We have a photo gallery with more than 250,000 photos and growing! We hope you enjoy our site and if you have any question please feel free to contact us. Thank you!
Published on In
Britney: Piece Of Me News Photos Videos

Piece Of Me: August 9th show

On Wednesday, Britney returned to Planet Hollywood with her Piece Of Me show and I’ve updated the gallery with +90 HQ pics. The show is the same as always but she wore three new outfits: A black leather leotard for MATM section, a white outfit for BOMT (similar to one she already used last year) and a pink leotard for DYCO.

As you may know, a man climbed onto the stage and tried to get close to Britney so she had to stop the show for a while. The man was quickly followed by a security staff, who couldn’t control him so Brit’s dancers helped him as more security members arrived to get the man off the stage. Meanwhile, Britney’s private security quickly surrounded her and then decided to take her of the stage until the situation was under control again. Finally, Britney returned to the stage to finish the show as if nothing had happened. 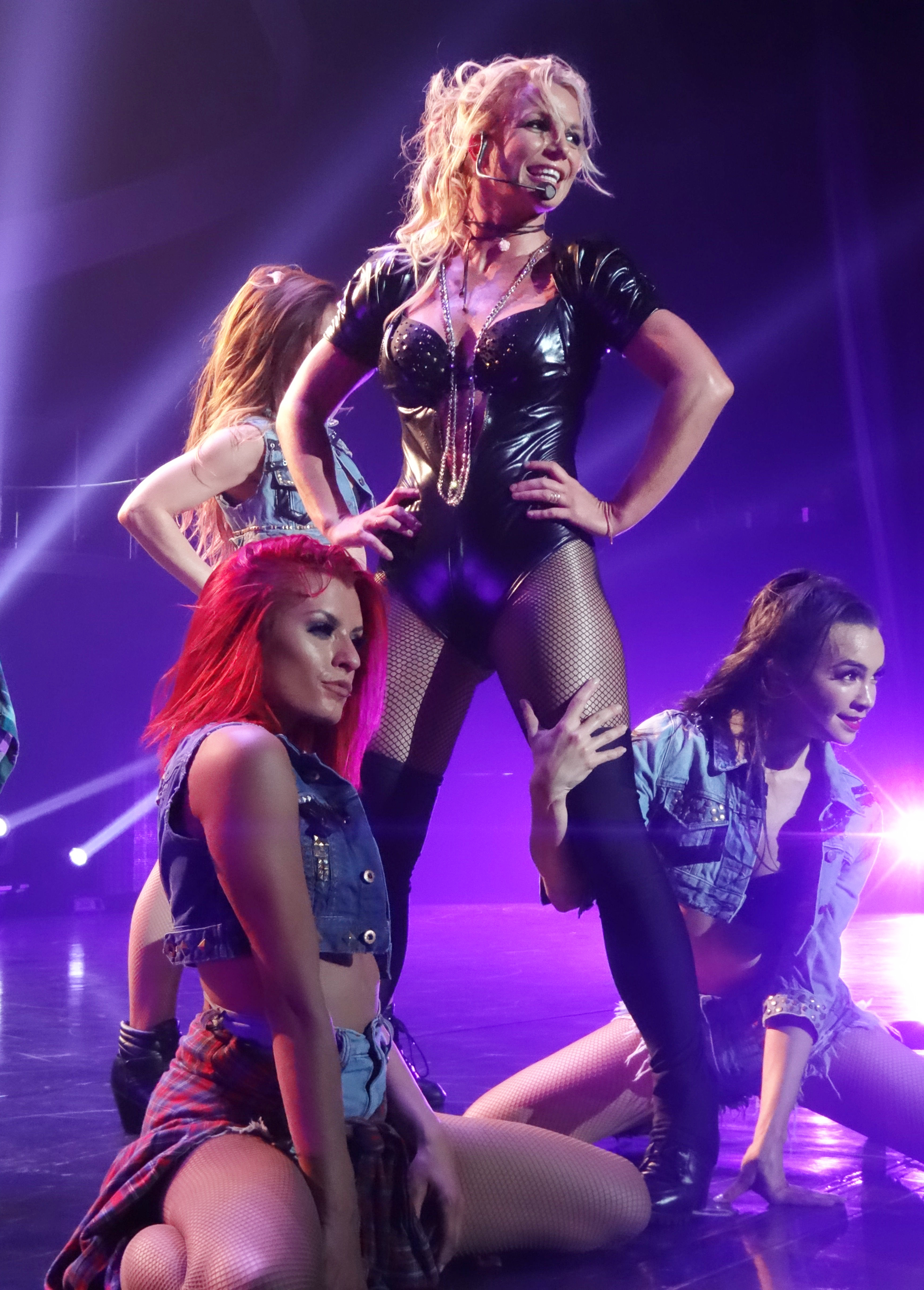