New photo of Britney at the hair salon!

Finally! After 3 months without new photos of Britney, we finally have one!

On Thursday morning, Britney was spotted at a hair salon in Los Angeles according to a report by E!, but there were no photos at the times so the report seemed a bit weird. But now, we finally have a short video posted by one of the clients on Instagram.

Here’s the photo and the report by E! 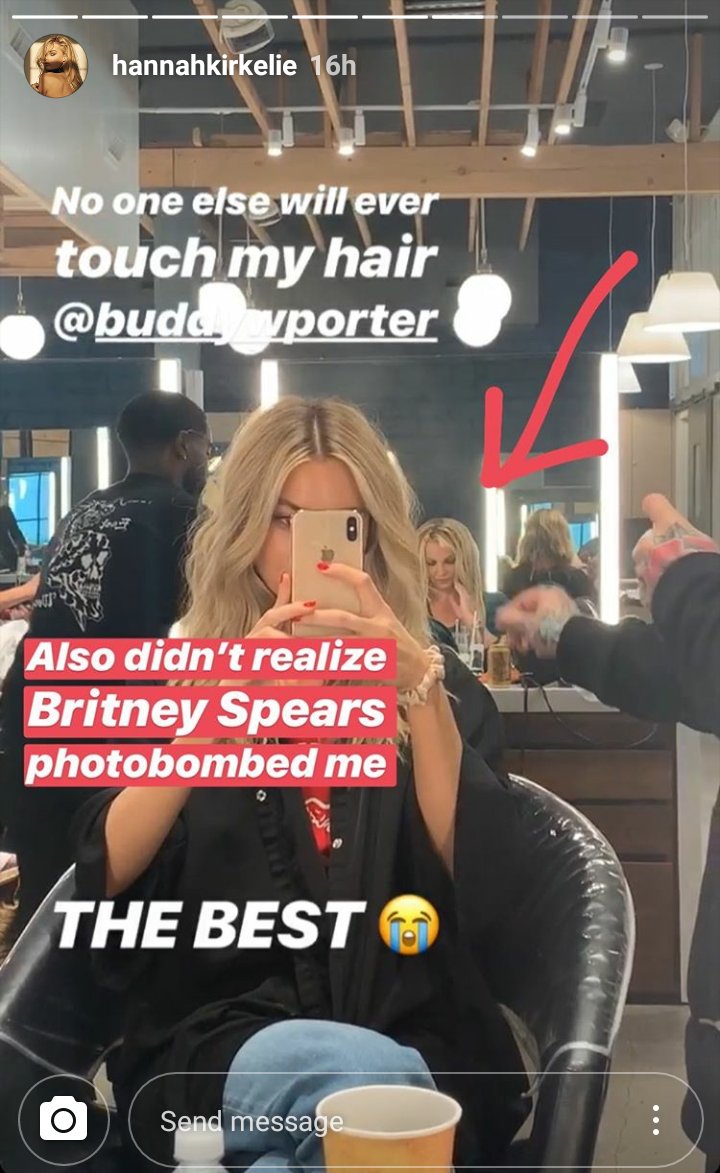 Britney Spears is practicing self-care and “feeling refreshed” amid her stay at a mental health treatment center.

The singer was spotted at a Los Angeles-area hair salon on Thursday morning. An eyewitness tells E! News, “Britney arrived with three people from her team this morning to get her blonde roots touched up and extensions retouched.”

According to the eyewitness, the performer sat in the chairs by the other clients rather than in a private area. “Several people worked on Britney’s hair and were very quick and efficient to get her out of there as fast as possible,” the eyewitness adds. “She seemed fine and content… [She] was definitely excited to her hair done.”

But the “Lucky” singer isn’t just excited to get a blowout. The source, who described the A-lister as “feeling refreshed,” shares, “Britney is excited to see her children and get back into her routine, but is taking one day at a time.”