Welcome to Britney Spears Fan your best online source on everything about Britney Spears. Here you'll find her latest news, photos, videos and many more on her carrer. We have a photo gallery with more than 250,000 photos and growing! We hope you enjoy our site and if you have any question please feel free to contact us. Thank you!
Published on In
Events News 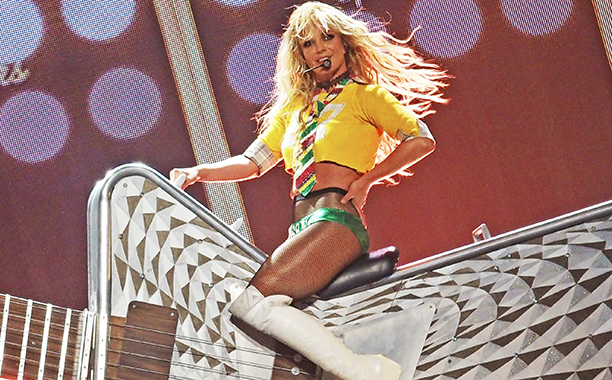 Britney Spears’ new album Glory is shaping up to be completely different from anything she’s ever released. Expect similar surprises when it comes to her performance at the MTV Video Music Awards this Sunday, where she’s slated to sing the lead single off Glory, “Make Me…” with G-Eazy.

“She’s not one to do the same thing she’s done in the past,” executive producer Jesse Ignjatovic tells EW. “It’s going to be something you’ve not seen her do before. It’s going to separate her from other performances.”

That’s no small feat considering the other stars slated to appear: this year’s VMAs will also feature a career-spanning medley from Rihanna as she accepts the Michael Jackson Video Vanguard Award. (Spears accepted the award in 2011.)

Spears, of course, has a long history with the VMAs, from her iconic costume change in 2000 to the snake dance in 2001 to the infamous Madonna kiss in 2003. “She grew up on MTV,” Ignjatovic says. “She’s so connected to the network, and I know back when I worked on the channel in the ‘90s she was the darling of MTV.”

The last time Spears actually performed at the VMAs, however, was in 2007, and, well, we all know how that went. Ignjatovic says fans have nothing to worry about this year: “It’s amazing [to have her back],” he says. “To have her in such great form with a huge hit, she’s super relevant and current—I think the young people watching MTV now are as connected to her as they were back in the TRL days.”

Britney talks about the SuperBowl with BBC Radio 1

Britney Spears: “Yes, I would ­probably do the Super Bowl”