We didn’t see this coming… Jamie Spears has filed (or at least sent to the media) a petition to officialy terminate the conservatorship of the person and estate over Britney. The timing of this new filing is suspicious because just weeks ago he was saying that Britney needed the conservatorship. And it looks like he’s trying to avoid being held responsible for conservatorship abuse and fraud. 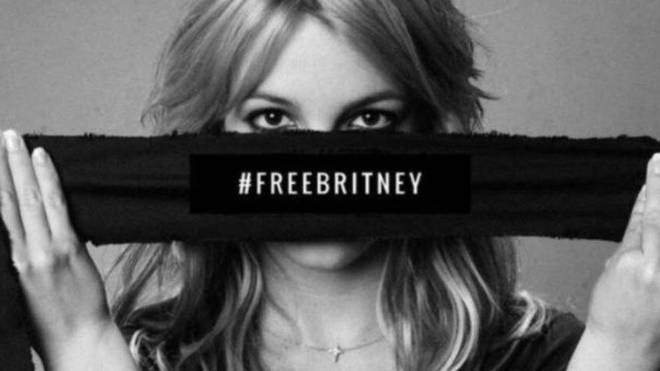 The document has not been uploaded to the Court’s site yet but copies were sent to the press (even before they were sent to Rosengart!)

Since the news broke a few hours ago, Rosengart issued a statement in which he makes clear that they are not going to let Jamie get away with it. AND WE LOVE IT! He needs to be held accountable for his actions and for the abuse. He, his lawyers and everyone on Team Con.

Britney’s freedom is closer than ever but we still want justice for Britney.

“It appears that Mr. Spears believes he can try to avoid accountability and justice, including sitting for a sworn deposition and answering other discovery under oath, but as we assess his filing — which was inappropriately sent to the media before it was served on counsel — we will also continue to explore all options,” he continued.

Update with a second statement: “This filing represents a massive legal victory for Britney Spears, as well as vindication. Having exposed his misconduct and improper plan to hold his daughter hostage by trying to extract a multi-million-dollar settlement, Mr. Spears has now effectively surrendered. There is no settlement. To the extent Mr. Spears believes he can try to avoid accountability and justice, including sitting for a sworn deposition and answering other discovery under oath, he is incorrect and our investigation into financial mismanagement and other issues will continue.”

UPDATE: WE HAVE THE COURT DOCS!

🚨🚨 BREAKING: JAMES P. SPEARS’ PETITION FOR TERMINATION OF CONSERVATORSHIP OF THE PERSON AND ESTATE OF BRITNEY JEAN SPEARS🚨 🚨 #FREEBRITNEY pic.twitter.com/8t5q7dBSqY

Finally, here’s the first report by CNN. It’s full of Jamie’s “i love my daughter” bullshit, but anyway…

(CNN)Britney Spears’ fight to end her court-ordered conservatorship took an unexpected turn on Tuesday when her father and the conservator of her estate, Jamie Spears, filed a petition to end the arrangement.

In a court filing obtained by CNN on Tuesday, the elder Spears cited his daughter’s pleas at two separate court hearings over the summer in his request to terminate the 13-year conservatorship.
“Recent events related to this conservatorship have called into question whether circumstances have changed to such an extent that grounds for establishment of a conservatorship may no longer exist,” the filing states.
“Ms. Spears has told this Court that she wants control of her life back without the safety rails of a conservatorship. She wants to be able to make decisions regarding her own medical care, deciding when, where and how often to get therapy. She wants to control the money she has made from her career and spend it without supervision or oversight. She wants to be able to get married and have a baby, if she so chooses. In short, she wants to live her life as she chooses without the constraints of a conservator or court proceeding,” the petition reads in part.
“As Mr. Spears has said again and again, all he wants is what is best for his daughter. If Ms. Spears wants to terminate the conservatorship and believes that she can handle her own life, Mr. Spears believes that she should get that chance,” the filing said.
Mathew Rosengart, attorney for Britney Spears, called Tuesday’s development “vindication.”
“This filing represents another legal victory for Britney Spears — a massive one — as well as vindication for Ms. Spears,” Rosengart said in a statement to CNN. “It appears that Mr. Spears believes he can try to avoid accountability and justice, including sitting for a sworn deposition and answering other discovery under oath.”
Rosengart added that Britney Spears will “continue to explore all options.”
The elder Spears has served has conservator of his daughter’s estate since it was established in 2009. He was also the conservator of her person, overseeing her health and medical issues until he stepped aside in 2019. That’s when Jodi Montgomery was appointed the temporary conservator of Spears’ person.
During a hearing in July, Britney Spears said that she wanted to press charges against her father for “conservatorship abuse” and called the arrangement “f—ing cruelty.”
Jamie Spears stated in a previous court filing that he intends to step down as conservator.
Just last week, Rosengart called on Spears to do so immediately “before he is suspended.”
A previously scheduled hearing in the case is set for Sept. 29.

YALL AT THE BOTTOM OF THE COURT DOCUMENT IT LITERALLY SAYS TERMINATION OF CONSERVATORSHIP OF THE PERSON (AND) ESTATE OF BRITNEY JEAN SPEARS I CANNOT HANDLE THIS RIGHT NOW #FREEBRITNEY pic.twitter.com/M0Dx8vgfr0

Britney’s dad has a bond for $47 million. If he’s found of wrongdoing, he’s responsible to pay that back. But if the conservatorship ends, her dad would no longer be under the jurisdiction of the court and no longer responsible for the bond. #FreeBritney pic.twitter.com/rlqwWfRIYT

Britney Spears ‘got first pick of concert dates’ over Jennifer Lopez
99.7 [NOW!] Interview at the 2016 Triple Ho Show
Glory debuts at #2 in the UK