Welcome to Britney Spears Fan your best online source on everything about Britney Spears. Here you'll find her latest news, photos, videos and many more on her carrer. We have a photo gallery with more than 250,000 photos and growing! We hope you enjoy our site and if you have any question please feel free to contact us. Thank you!
Published on In
Interviews Music News

Read out below a new article published by Entertainment Weekly and for more on Britney’ Glory, pick up the new issue of the magazine, on newsstands Aug. 12 or buy it here. 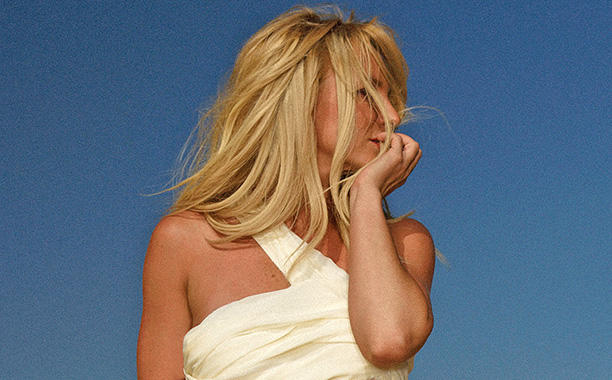 Get ready to see a new side of Britney Spears when she drops Gloryon Aug. 26. Instead of the usual weapons-grade club-bangers she’s known for, Spears is opting for slinky, mid-tempo numbers like “Make Me…” and “Private Show” that those in the know say truly reflect her artistic tastes. Here’s how the album came together—and for more on Spears’ Glory, pick up the new issue of Entertainment Weekly, on newsstands Aug. 12 or buy it here.

“Make Me…” set the tone of the album

Spears has been recording new music as far back as 2014, but Glory didn’t really take shape until last fall, when she teamed up with British producer Burns for “Make Me…,” the lead single from the album. “This song was the first record that she cut for the album,” Burns says. “This is what shaped the sound of the rest of the record as far as I know. [Her team was] looking for something completely different from what she normally does.”

The title was inspired by Spears’ confidence in the material

The release of Glory ends the second-longest gap between albums in Spears’ career. Following 2013’s underwhelming Britney Jean, Spears took her time to make sure her next project felt right. “She feels like it’s her in all her glory,” says Tom Corson, president and COO of Spears’ label, RCA Records. “It’s a body of work she can stand behind. It’s a bold title, and it reflects her feelings about the record.”

She worked with a lot of people

Spears’ last few albums have kept her pool of collaborators relatively small. Britney Jean saw her work closely with will.i.am, while 2011’s Femme Fatale was steered by Dr. Luke and Max Martin. This time, in pursuit of a more hip-hop and R&B-oriented sound, Spears explored her options. “She was open and didn’t set any boundaries,” says a source close to the project. “This album is diverse and fresh and is a reflection of Britney’s versatile taste in music.”

Here are some of the artists and songwriters who contributed to the Glory sessions:

Burns: The British producer has previously worked on tracks for Kelis and Ellie Goulding. “She’s such a legend,” he says of working with Spears. “It wasn’t like I had to direct as much as normal.”

DJ Mustard: In an interview last year, the beatsmith behind Rihanna’s “Needed Me” and Big Sean’s “I Don’t F—k With You” said the material he worked on with Spears was “harder than hard.”

Justin Tranter and Julia Michaels: This pair became the hottest songwriting duo in pop after writing hits for Justin Bieber (“Sorry”) and Selena Gomez (“Good For You”). In an interview with Billboard earlier this year, Tranter said, “Her voice is just so special, yeah, and she’s a very underrated writer. That girl’s melodies!”

Phoebe Ryan: This rising talent caught the internet’s attention last year with a mash-up of R. Kelly’s “Ignition (Remix)” and Miguel’s “Do You…” After releasing songs like “Chronic” and “Dollar Bill” in 2016, she’s working on a solo album, but she’s also written for Bea Miller and Melanie Martinez.

Chantal Kreviazuk: Outside of her solo career, the Canadian singer-songwriter has written extensively for Avril Lavigne (co-writing much of Under My Skin) and Kelly Clarkson (on Breakaway and My December). She also once co-produced a Drake song, “Over My Dead Body,” from 2011.

Oscar Gorres from the Wolf Cousins: The Wolf Cousins, a songwriting and production team that works closely with superstar Swedes Max Martin and Shellback, also includes Tove Lo. Gorres has written for Hilary Duff (“One in a Million”), Cher Lloyd (“I Wish”), Maroon 5 (“Feelings”), and others.

Mattman & Robin: Another hit Swedish production group. You can thank these two for helping make Carly Rae Jepsen’s EMOTION a masterpiece. They’ve more recently worked on tracks for Selena Gomez (“Hands to Myself”), Gwen Stefani (“Make Me Like You”), Hailee Steinfeld (“Love Myself”), and Nick Jonas (“Close”).

Jason Evigan: He’s worked closely with Demi Lovato (“Heart Attack,” “Old Ways”) and Nick Jonas (“Chains,” “Champagne Problems”) on a few of their albums. He’s also worked on several songs for Fifth Harmony (from their Better Together EP) and Madonna (from her Rebel Heart album.)

Ian Kirkpatrick: Known for his work with Jason Derulo (“Want to Want Me,” “If It Ain’t Love”), he’s worked with a diverse mix of artists including Plain White T’s, Chris Brown, Hilary Duff, Justin Bieber (“Purpose”), and Nick Jonas (“Levels”).

YoungFyre: Producer Tramaine Winfrey is just getting a taste of the pop world as the producer of Britney Spears’ new song “Private Show”: most of his credits for hip-hop artists like T-Pain and Lil Wayne.

Joe Janiak: He’s one of the co-writers on the lead Glory single “Make Me…,” but he’s also worked on tracks with Ellie Goulding (“Around U” from Delirium) and Adam Lambert (a handful of songs from last year’s The Original High, including the title track).

BloodPop: He worked on several songs on Justin Bieber’s Purpose album, including the smash “Sorry.” He and Grimes also teamed up for “Go,” a one-off banger from 2014 that was originally written for Rihanna.

Cashmere Cat: As a featured artist, this Norwegian DJ-producer has guested on songs by Ariana Grande and Ludacris. He’s produced tracks for Charli XCX, Tinashe, Ryn Weaver, and Kanye West (he was one of several co-producers/writers on “Wolves” featuring Sia and Vic Mensa).

Robopop: Like many on this list, Robopop a.k.a. Daniel Omelio has also worked with Nick Jonas. He broke out as a producer on Lana Del Rey’s “Video Games” and went on to write for Marina and the Diamonds, Maroon 5 (“Payphone”), Kesha, and JoJo.

Warren “Oak” Felder: One half of the production duo Pop & Oak, he’s worked with Nicki Minaj (during the Pink Friday era), Miguel (on Kaleidoscope Dream and Wildheart), and Alessia Cara (including her hit “Here”). He co-produced Spears’ new song “Clumsy” with Alex Nice.

Carla Williams: This British songwriter is slowly making her way through the list of pop royalty: before working with Spears on “Private Show,” she co-wrote Beyoncé’s “Freedom” as well as several songs for Girls Aloud, including “The Promise.”