Billboard won’t release the chart until Sunday, but a report from Hits Daily Double confirms the news… Britney’s latest album “Glory” will debut at No. 3 on Billboard’s Hot 200 Album chart with 91,903 pure album sales (115,922 sales plus streaming).

In terms of pure physical sales, Glory is Britney’s lowest-selling album to the date, but time have changed a lot and now streaming is really important. 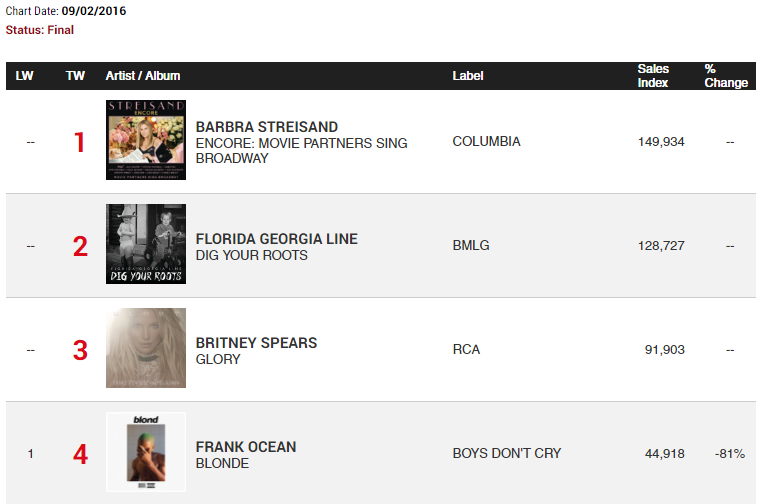 Poll: What song should be the next single of “Glory”?

Sneak peak of Britney on The Ellen Show