Everyone is wondering what happened with the original “Make Me” music video and according to a rumor started at the end of July, David LaChapelle Wanted his name removed from the video after Britney wanted to change it, maybe because it was too sexy.

On scene from the original video shows Britney lying down and thrusting her hips into the air, another she’s seen in a glittery red body suit painted onto her naked body while she sings in a cage, and another clip shows her and G-Eazy having sex. Plus, more scenes of Britney dancing with lots of male dancers in an all-black set and inside a house.

As we know, the released video was directed by Randee St Nicholas. But maybe we won’t have to wait any longer to see the original video, because it’s already leaking online.

Click here (Or Here)and here to watch the leaked parts of the original video by David LaChapelle. Update: Here’s a better quality video of the first scene. 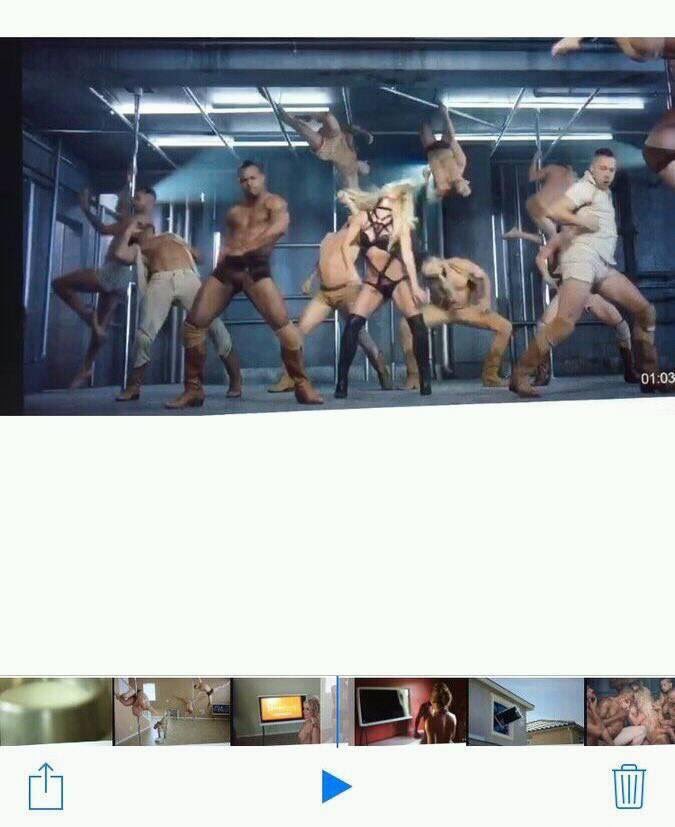 Britney on the beach in Hawaii (August 5th)

Old Britney’s demos leaked: Cover Of Whitney Houston’s “I Have Nothing”, “Luv the hurt away” and more!
“Human Nature” backdrop with Britney!
Britney out for shopping in Hawaii