Amazon revealed a new song title from Brit’s upcoming album Glory. The track is titled Clumsy. The song title coincides with a supposed tracklist leaked a few days ago and that we all thought it was fake and yes, the track number is different but it doesn’t seem to be completely fake right now.

Here’s the rumored and leaked “Glory” tracklist but keep in mind that it’s not official. Only Make Me, Private Show and Clumsy are confirmed. “What You Need” was also confirmed by songwriter Cara Williams, but maybe it’s part of the deluxe edition? 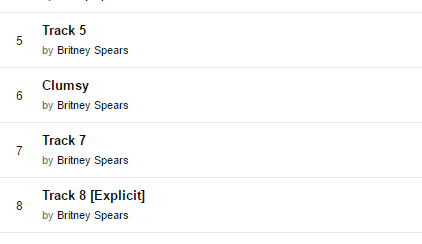 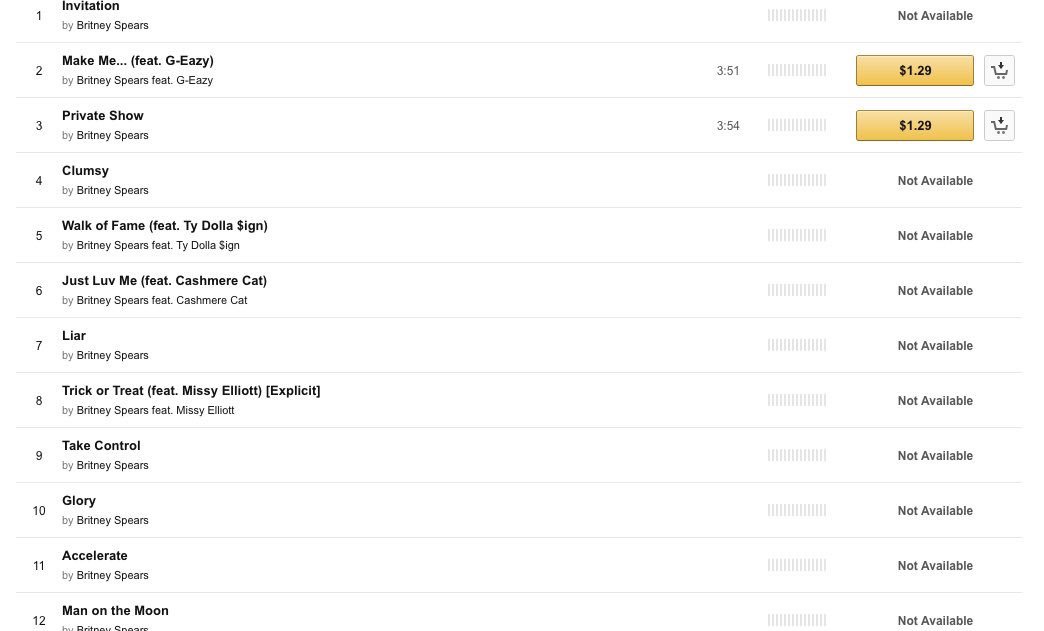 Cashmere Cat has been associated to “Just Luv Me” since February. The song was also co-written by Magnus August Høiberg, Julia Michaels and Britney.

The Missy Elliott feature is plausible considering the entire segment of her Piece Of Me show.

Man On The Moon was registered a a few months ago and was written by Jason Evigan, Ilsey Juber, Marcus Lomax, Brandon Lowry & Phoebe Ryan.

Britney Spears by the Numbers: On the Billboard Charts & Beyond

Britney on the beach in Hawaii (August 4th)