Great news, Army! Britney’s new single “Make Me” debuted at No.6 on Billboard + Twitter Top Tracks Chart. This chart is a weekly ranking of the most shared and/or mentioned songs on Twitter in the U.S., ranked by the volume of shares over a seven-day period (Monday to Sunday).

Another superstar pop diva, Britney Spears, also rallies to a top 10 debut on Top Tracks with “Make Me” (featuring G-Eazy) at No. 6. As with Perry’s “Rise,” Spears debuted her new song at midnight on July 15 across all digital retailers and streaming services. The new release powers Spears to 224,000 Twitter mentions for the week, up 303 percent, and rockets the superstar 36-16 on the Social 50 chart.

The single also gives G-Eazy his highest charting song on the Top Tracks chart among seven charted titles. The rapper’s previous best showing was a No. 18 peak for “Tumblr Girls” (featuring Christoph Andersson) in February 2015. 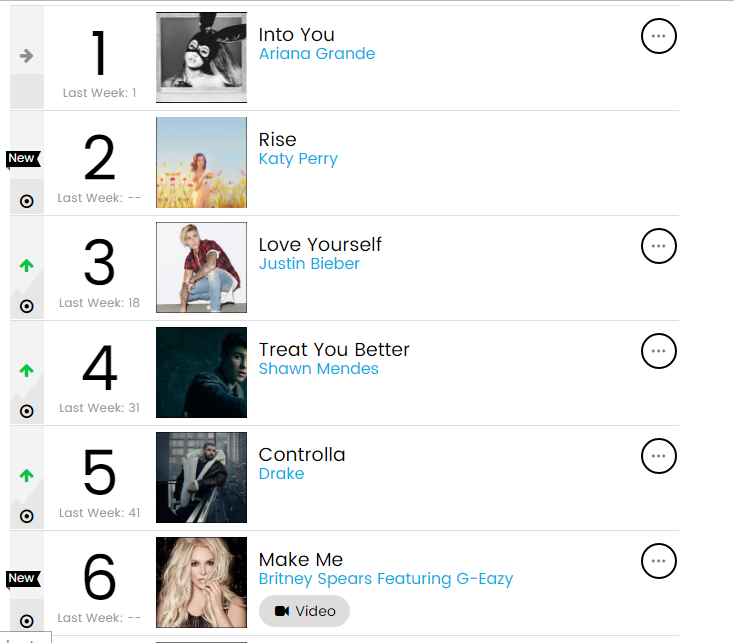 “I Love Rock N’ Roll” guitar on the BBMAs stage!
“Make Me” original video scrapped because of the sponsors?
“Glory” is #1 in 55 countries!