Published on In
Fragrances Interviews News

Here’s a new interview with People to promote her latest perfume, Private Show. Plus, a new behind the scenes photo. 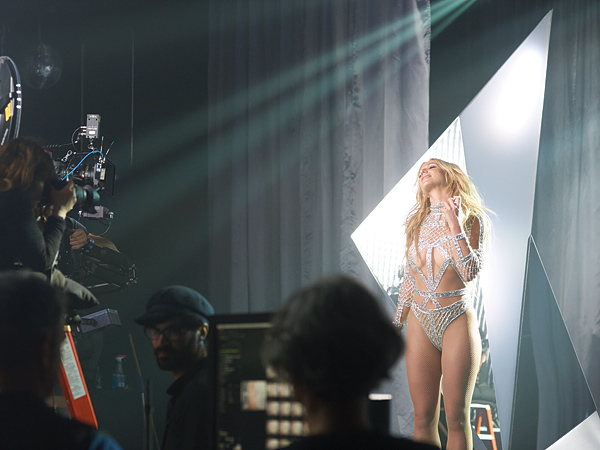 This is the story about a girl named…Britney. In 2004, she launched her first fragrance, Curious. The next year came her follow-up, Fantasy, for which there have been more than a dozen remixes from the artist, including an after-hours adaptation (Midnight Fantasy), as well as Naughty and Nice interpretations and yes, even Anniversary and Intimate Editions (as if the aforementioned Midnight version wasn’t sensual enough). From 2010 to 2011 the star went through a reflective phase, so to speak, releasing Radiance and Cosmic Radiance back-to-back. And let us never forget Believe, promoted with the powerful tagline: “The greatest freedom is to believe in yourself.”

All in all, Spears has created 19 scents ranging from sweet to grown and sexy. (The complete list more delightfully dizzying than spraying all of them at once, we’re certain.) And like her music catalogue, her fragrance library is full of hits — the debut alone has reportedly sold over 500 million bottles in a decade on shelves. And now:

Private Show, inspired by Spears’ adoration of dance and stage, is “really unique and special,” she tells PeopleStyle. Given the scent’s influence, it was only fitting she announced the release in the midst of her Las Vegas residency in June (see her sexy reveal, below).

To celebrate the epic achievement, Spears filled in our burning questions about beauty, all those bathing suit selfies and her beloved boys, Sean Preston, 10, and Jayden James, 9.

My favorite note in this new scent is…“The coffee note because iced coffee is my go-to drink before a long day of rehearsals.”

My guilty pleasure food, even when I’m prepping for my Piece of Me performances, is…“Crawfish because it reminds me of home.”

Of all the looks I’ve worn over the years, the one I’ll keep forever is…“‘…Baby One More Time’ because it’s what really started it all.”

I love to show my swimsuits off because…“I’m a lover of water.”

My favorite food to cook with my sons is…“Probably tacos. They are just simple, fun and they love them.”

The best compliment that my sons have ever given me is…“That they love me.”

The best thing about being 34 is…“Everything.”