Damage control alert. Why adress the #FREEBRITNEY campaign and the fans’ concern about Britney’s health, when you can make herpose for a stagged paparazzi photos? *eye roll*

Earlier today, new photos of Britney and Sam leaving the Montage Hotel in Beverly Hills on Sunday were posted by TMZ. According to them, she and Sam spend the sunday together at the hotel. 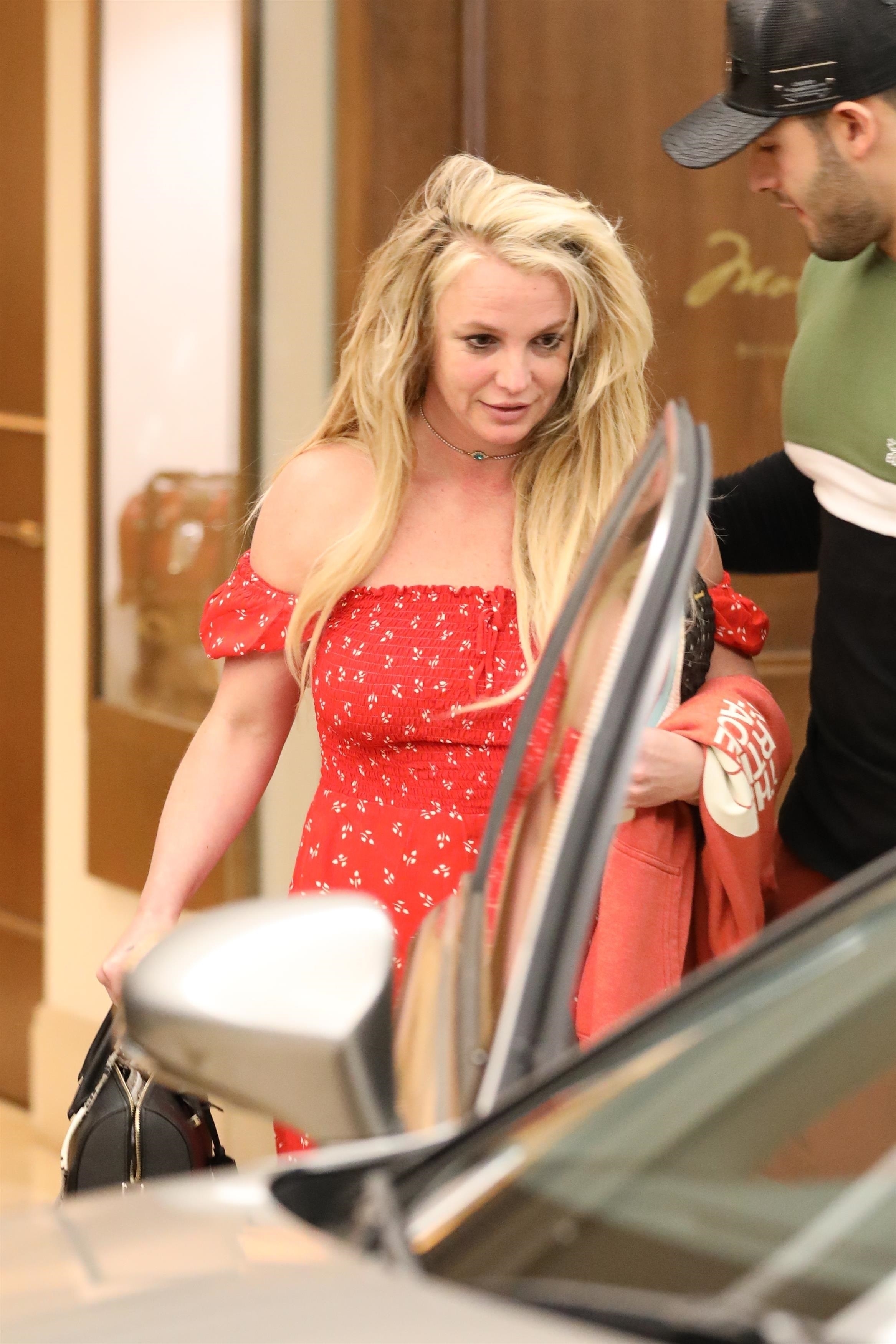 These photos gave me a sad 2007 vibe but the worst thing is that now it’s her team who’s putting her in this horrible and uncomfortable position. The report and the photos’copyright says “Spears appeared to be in good spirits” I’m sorry but are we looking at the same pictures?

And in’t it weird that Britney decided to spend the day with her boyfriend and not with her children, considering that she hasn’t seen them in a while? Weird and sickening.