On June 29th it was released the Forbes World’s Highest-Paid Celebrities 2015 and Britney came in at No.82 with 31 millon!

Though Spears’ golden age may have been over a decade ago, the money hasn’t stopped coming. She continued to make millions off of her Planet Hollywood residency in Las Vegas, also earning from new music like “Pretty Girls,” her collaboration with Iggy Azalea. Spears also launched The Intimate Britney Spears, a lingerie line that sells globally, and announced that she is working on what will be her ninth studio album. 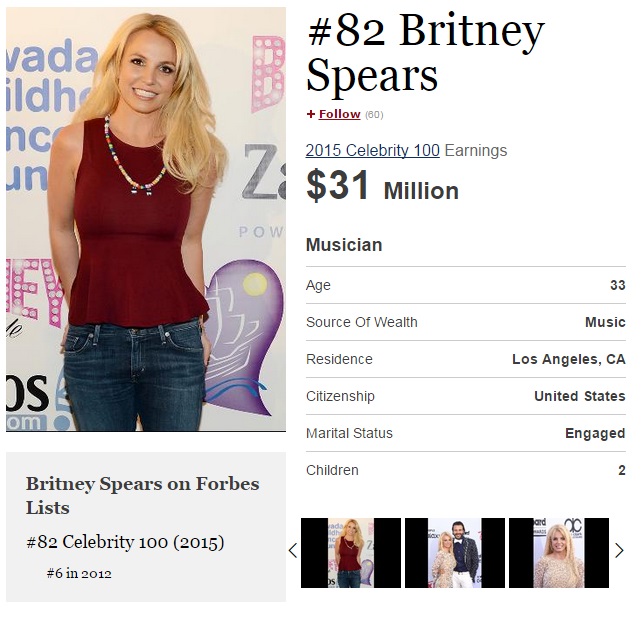