Welcome to Britney Spears Fan your best online source on everything about Britney Spears. Here you'll find her latest news, photos, videos and many more on her carrer. We have a photo gallery with more than 250,000 photos and growing! We hope you enjoy our site and if you have any question please feel free to contact us. Thank you!
Published on In
Music News Photos

Britney shot the video for “Make Me (Oooh)'” today?

Britney shared this photo of her with G-Eazy on Instagram and it looks like they are shooting the video for Brit’s new single “Make Me (Oooh)”. The photo comes after G-Eazy revealed he’d be featured on Britney’s upcoming single.

“Make Me (Oooh)” was originally scheduled to be released in May as revealed by the Las Vegas Sun‘s Robin Leach, but was pushed back last minute due to scheduling issues. It’s now slated to be released “sometime this summer” according to RCA. 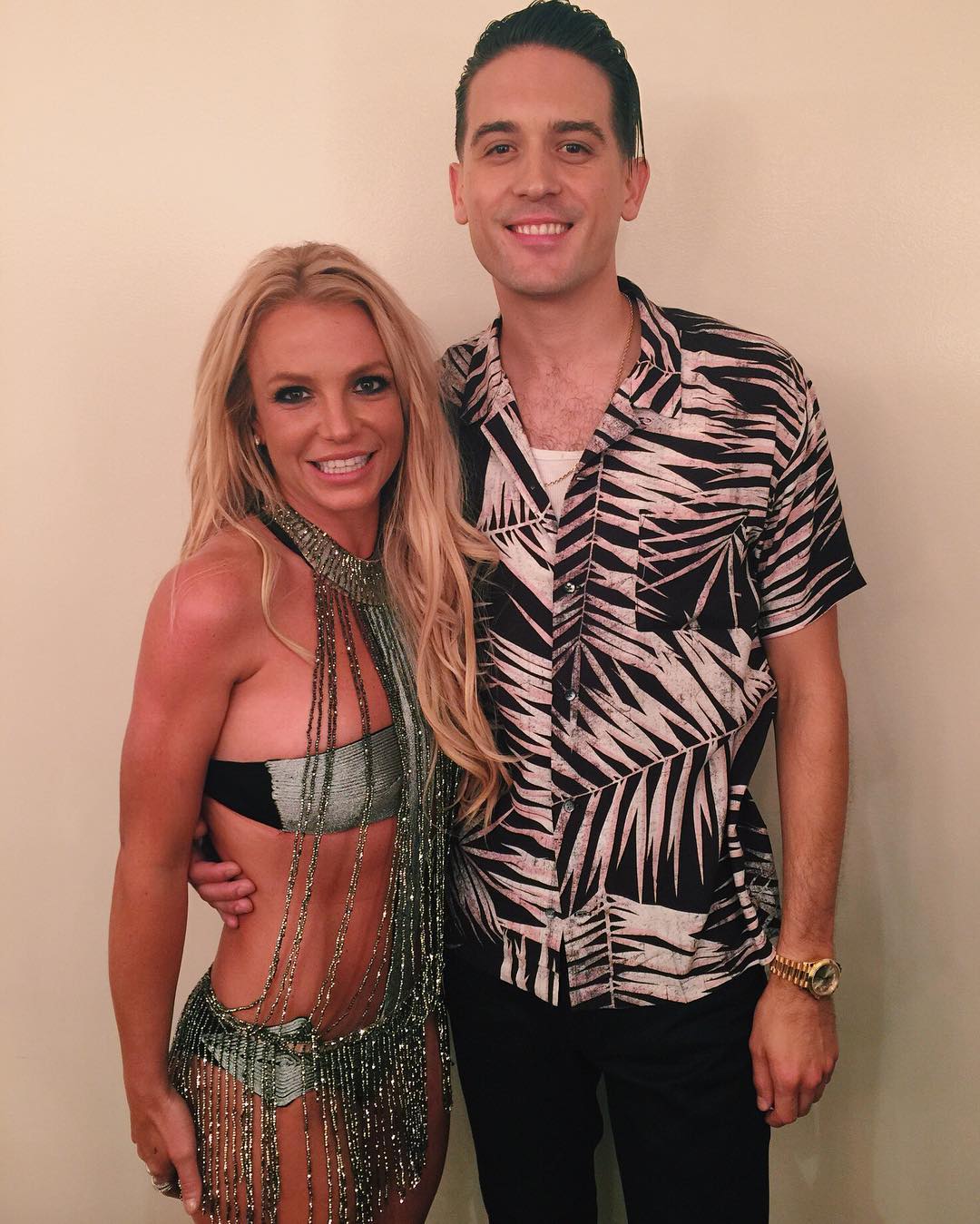 Nuevo comercial para la fragancia Rocker Femme Fantasy
Brtiney will be on Extra on Monday!
Britney’s tour club shirts are here and… They are a disaster