Britney on the cover of NME Magazine

Britney’s on the cover of the September issue of NME Magazine! You can buy your copy now. 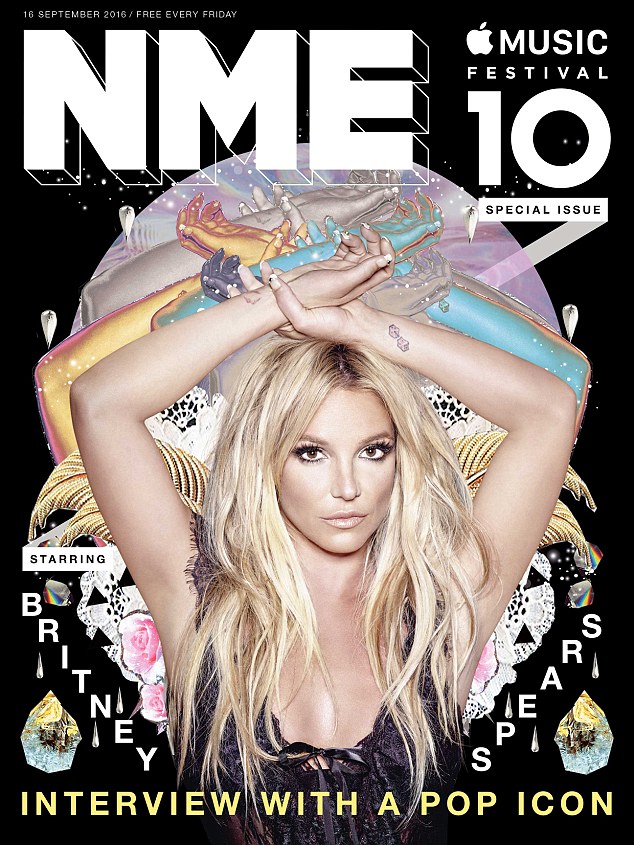 On the secret to her longevity: “I try not to analyse it too much. I love what I do and I think that helps because it speaks for itself when I perform.”

On another career path: “Seeing other artists continue to do this kind of thing inspires me too. Because sometimes I’m like, ‘What am I doing?’ Like, I could be a teacher. But then I see other people doing it too and I’m like, “Well, you know, it’s probably all they’ve known for so long, so it just kind of makes sense.”

On her creative input with Glory: “Honestly, this is the first project where I’ve really been hands-on. I was really specific about who I worked with and I’ve been learning to say no. I’m a people-pleaser, so that’s hard for me – even if I don’t like something, I’ll do it just to make a person happy. I made sure this album was everything I wanted it to be. I was really selfish with it.”

Being nicknamed Godney and The Holy Spearit: “That’s just how the fans are – and I don’t want to let them down. At the end of the day, we’re all human and we all make mistakes. It’s really flattering, but I don’t know if I can set my bar that high. I’m sure a lot of them have almost felt like they’ve grown up with me.”

On Beyonce’s latest album Lemonade: “I’m a little late on that, but it’s good, really angry, a really hardcore album. Most of the time it almost feels like a therapy album. I respect that. She’s an artist and that’s what she needs to touch on at this moment in her life.”

On Glory: “The beginning of the project was actually not that great. The songs that were coming in were not very good. So we got a new A&R girl, and we totally turned it around, gave it a profound new direction. I wanted to use my voice more. I did different stuff with my voice – more bluesy and urban stuff, and played around with different things.”