Welcome to Britney Spears Fan your best online source on everything about Britney Spears. Here you'll find her latest news, photos, videos and many more on her carrer. We have a photo gallery with more than 250,000 photos and growing! We hope you enjoy our site and if you have any question please feel free to contact us. Thank you!
Published on In
Britney: Piece Of Me News

Britney has a new contract for residency in Las Vegas

Britney Spears was doing well with her Vegas contract — raking in nearly $30 mil for 2 years … but we just found out, 50 shows into her run, her show was so successful she got an even sweeter deal.

Sources connected to Britney tell TMZ … the singer did indeed sign a contract for $310K per performance, and with 96 concerts over 2 years the total was $29,760,000.

But Planet Hollywood was blown away by ticket sales, which they said broke Vegas records. So Britney’s people went back to the bargaining table and hashed out an amendment — with back end, merchandising and other perks, the singer will earn around $475,000 a show. Celine Dion, the top money earner in Vegas, makes $476K a show.

Bottom line … with all her ventures … we’re told EVERY WEEK, Britney’s people deposit around 1 MILLION DOLLARS in her bank account. 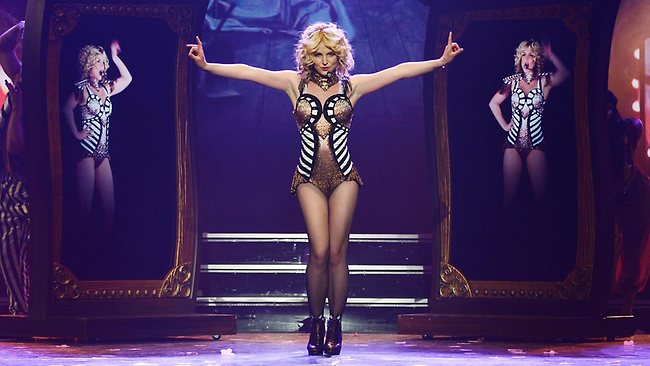 New candids: Britney out and about in Malibu
Britney picks her 5 favorite Vegas restaurants
“Pretty Girls” nominated for another Teen Choice Award!!!