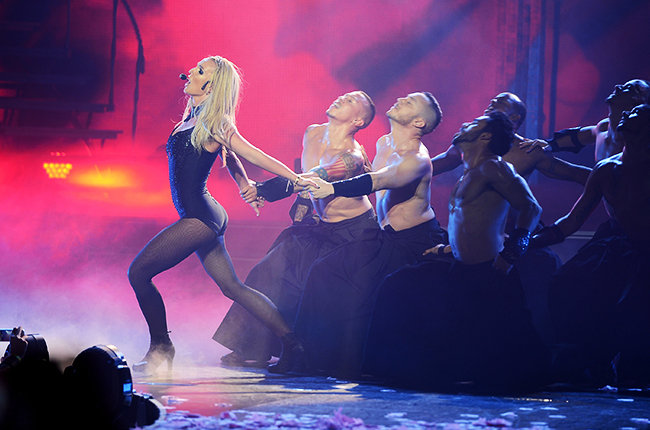 Billboard — A measure dubbed the “Britney bill” that would exempt stars who play at least four nights in Atlantic City from having to pay state income taxes on all shows in New Jersey that year is a step closer to becoming law.

The measure is the latest of many efforts to help the struggling seaside resort. It got its moniker because it encourages the sort of multinight engagements that Britney Spears, Celine Dion, Motley Crue and other artists have done in Las Vegas.

It was approved Monday (Oct. 5) by a state Senate committee. But a liberal think tank derided it as a “silly” waste of money.

It’s sponsored by Senate Republican Leader Tom Kean and Senate Democrat James Whelan, who view it as a way to attract extended stands for A-list stars.

“There is tremendous value in the ability to consistently draw world-class entertainment here, especially considering widely successful A-lister residencies in Las Vegas, where there’s no state income tax,” Kean said. “The more than 50,000 fans who paid to see A-list performer Maroon 5 in August gives a glimpse of how Atlantic City can transform into a premier entertainment destination, drawing tourists from the most densely populated Northeast Corridor, two of America’s largest cities that are each less than two hours away, and from around the world via nearby international airports.”

The bill would exempt artists from state taxes not only on their Atlantic City performance but also on shows at New Jersey venues including arenas in Camden, Trenton, Holmdel and Newark.

Just who is an A-lister — and qualifies for the tax breaks — may require a delicate touch. New Jersey’s secretary of state would set qualifications for the benefit, taking into account music and ticket sales along with awards the performer has won.

New Jersey Policy Perspective said the state should fully tax the entertainers and use the money for pressing statewide needs.

“If Katy Perry, who made $135 million last year, played four times in Atlantic City and also did a two-week run of 10 shows at the Prudential Center in Newark, New Jersey, it would free her from paying state income taxes on any of the 14 concerts,” the group’s president Gordon MacInnes said. “Wealthy entertainers don’t pick concert venues for their tax rates; they go where they will find an audience. If entertainers want to ‘Do AC,’ New Jersey should tax them and use the revenue for important resources to actually build the state economy, like good schools and efficient transportation networks.”

The bill will probably head next to the Senate budget committee.

Britney enjoys a night out with Kate Hudson and friends

Britney Spears Christmas Tree-Lighting Ceremony At The LINQ Promenade
Britney spotted on the beach in Hawaii
Britney: Piece Of Me No. 1 on Official Boxscore