Welcome to Britney Spears Fan your best online source on everything about Britney Spears. Here you'll find her latest news, photos, videos and many more on her carrer. We have a photo gallery with more than 250,000 photos and growing! We hope you enjoy our site and if you have any question please feel free to contact us. Thank you!
Published on In
Interviews

Vogue Interview: Britney talks about her new campaign for Kenzo and how she defines mom fashion

Britney Spears has one not-so-fond memory of the 1980s. “I used to wear big bows on top of my head,” she says on the eve of the debut of her first luxury fashion campaign (it’s hard to believe there’s something she hasn’t done). “I mean, ugly was the way to go in the ’80s, it was all just completely obnoxious—but there was also something so refreshing about that and the fact that we didn’t care what anyone thought about our clothes.” When Spears was approached by Kenzo’s creative directors, Carol Lim and Humberto Leon, about becoming the face of the label’s second nostalgia-based La Collection Momento for Spring 2018 (a tribute to the debut of Kenzo Jeans in 1986), she was excited by the prospect of bringing back that loud, no-holds-barred, ’80s attitude. 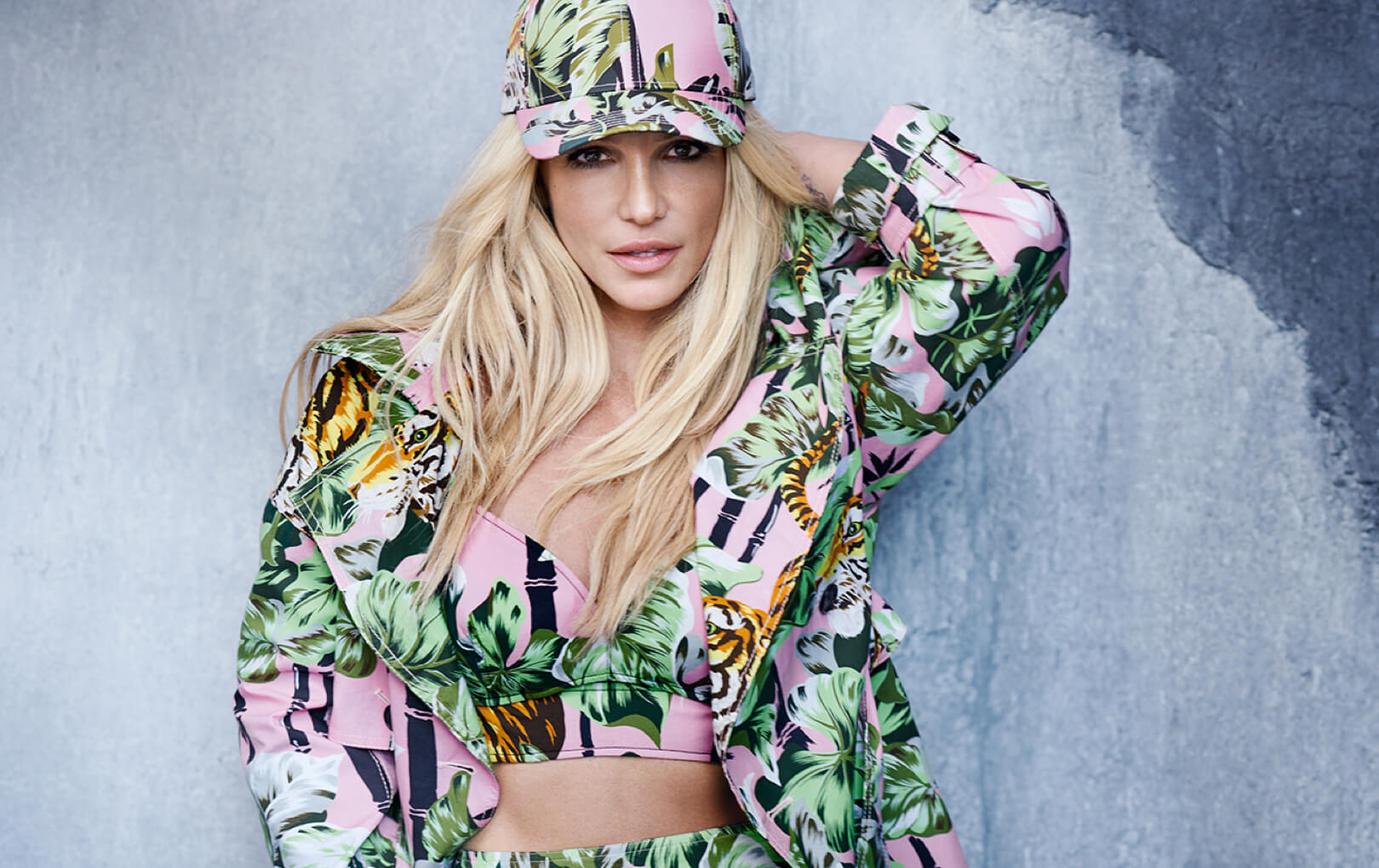 The bright campaign was shot on location in Los Angeles by Peter Lindbergh and features pieces like a cropped denim jacket, thigh-high lace-up boots, and a sweatshirt and baseball hat stamped with a throwback version of the original Kenzo logo. “This collection is very youthful,” says Spears. “We had fun on set, even though it was a bit weird for me at first. I am used to shooting in a studio or a small space, and this was on the street. We were out there and I had really promiscuous clothes on, which felt odd, but, of course, on film it turned out to be really cool.”

Let us not forget that Spears is a 36-year-old working mom of two. The days of schoolgirl miniskirts and red vinyl catsuits are far behind her, and she tends to gravitate toward more practical, bohemian-inspired clothing, mostly in a palette of soft ivory and white. “It’s tricky because as a mother, you don’t take as much risk with your style,” she says. “I think when I was younger I took so many risks and really went for it. There was no planning what I wore, and it was like, okay, I am just going to put on the most outrageous thing. I think as a mother you hold back from that out of fear of embarrassing your kids and out of respect for them.”

When Spears is home with her boys, Sean and Jayden, she is “in a nightgown most of the time.” And while she may not be wearing things like meat dresses or thongs on the red carpet, she does say that “there is something very courageous about the younger generation just wearing whatever they want all the time, but I don’t know if I could do it at this point. I think I would go and hide under a rug or something, because I’ve been dressing a certain way the past 15 years and I wouldn’t know how to react to a big change.” 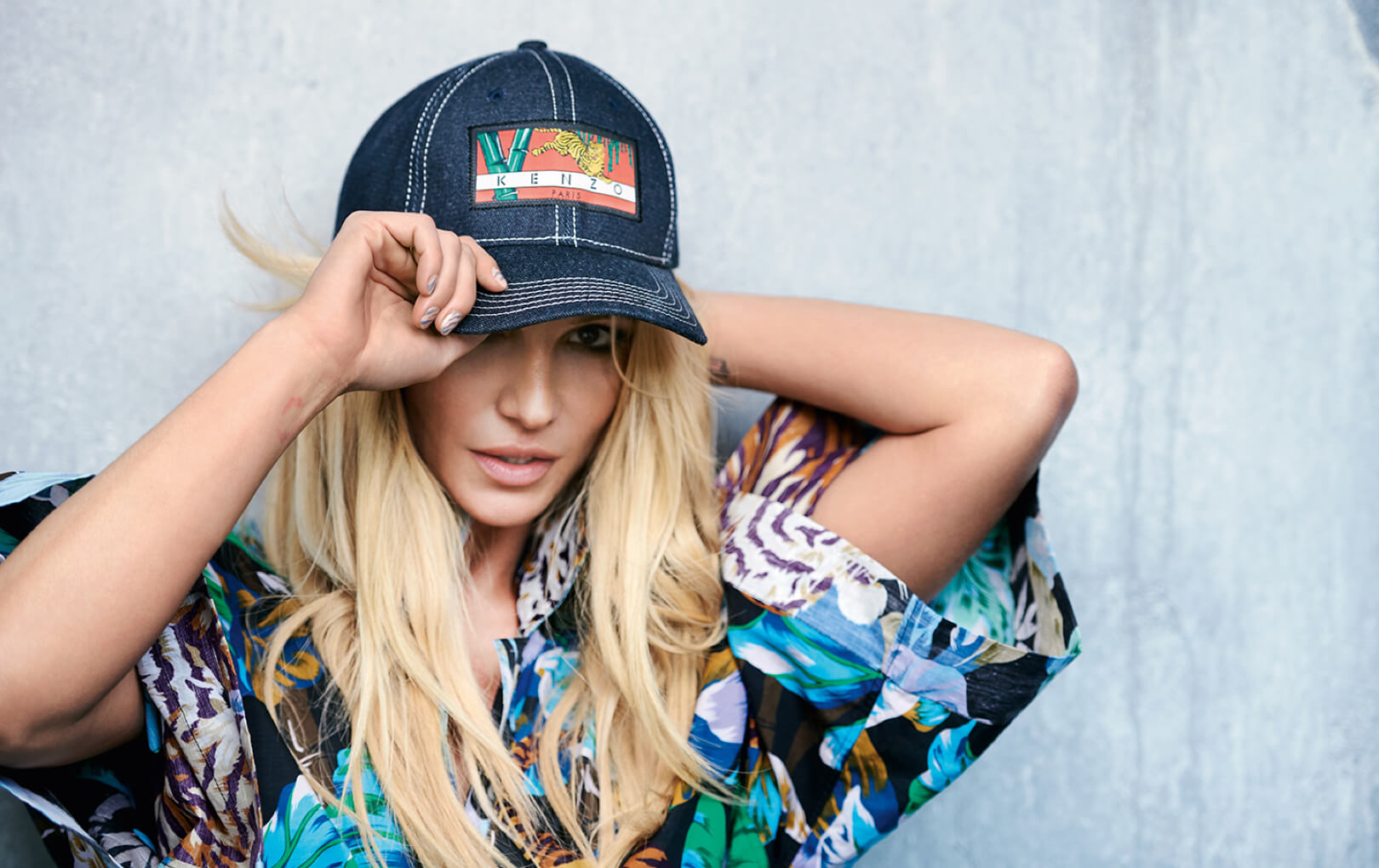 Luckily the Kenzo campaign has given Spears a new outlook on embracing more playfulness in her current wardrobe. And playfulness, after all, is something that comes naturally to her—just watch one of her incredible Instagram videos featuring her own idiosyncratic version of a runway walk. The giant hair bows might be long gone, but Spears is not afraid to step out of her comfort zone and get experimental. And her sons sometimes give her the confidence she needs to mix things up. Watching them wear things that clash or have wild prints, she says, is “intoxicating because you are like, You know what? I’m not going to care what I wear today.” She adds, “As a mother, I used to be very strict about what they wore, but, at this point, they are growing up and becoming their own people. I want them to do their own thing—I respect that.”

Official announcement: Britney is the Face of Kenzo’s Latest Collection