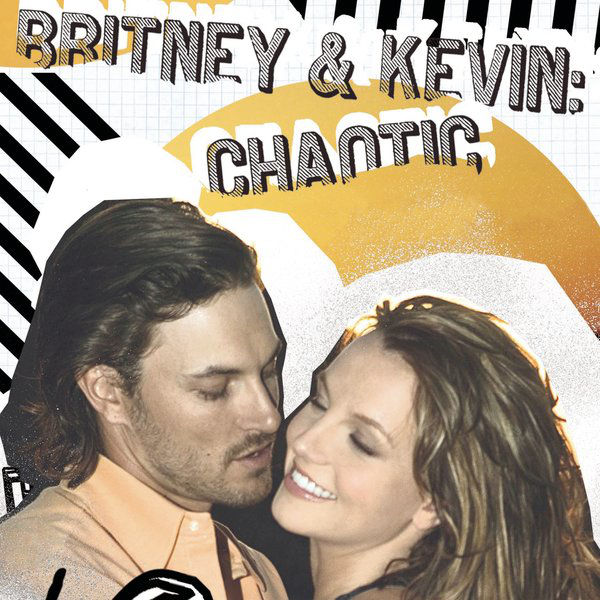 The UK and Japanese edition included another new song “Over to You Now”.

In July 2004, Spears announced her engagement to American dancer Kevin Federline, whom she had met three months before. The romance received intense attention from the media, since Federline had recently broken up with actress Shar Jackson, who was still pregnant with their second child at the time. The initial stages of their relationship were chronicled in Spears’s first reality show Britney and Kevin: Chaotic, which aired on UPN in the spring of 2005. They held a wedding ceremony on September 18, 2004, but were not legally married until three weeks later on October 6 due to a delay finalizing the couple’s prenuptial agreement. In October 2004, the singer announced she would be taking another career break to start a family.

On December 30, 2004, Spears made a surprise appearance at the Los Angeles radio station KIIS-FM to premiere a rough mix of a new mid-tempo track “Mona Lisa”. Spears had recorded the song live with her band during The Onyx Hotel Tour. She dedicated the song to all the “legends and icons out there”. The lyrics lament the fall of Mona Lisa, calling her “unforgettable” and “unpredictable”, and cautions listeners not to have a “breakdown”. She also revealed she wanted the song to be the first single of her upcoming album, tentatively titled The Original Doll and hoped to release it “probably before summertime [2005], or maybe a little sooner than that”. In January 2005, Spears posted another letter on her website, saying,

I think I should rephrase myself from my previous letters when I was talking about taking a ‘break’. What I meant was I am taking a break from being told what to do. … It’s cool when you look at someone and don’t know whether they are at work or play since it’s all the same to them. The things I’ve been doing for work lately have been so much fun, because it’s not like work to me anymore. I’ve been even more ‘hands on’ in my management and the business side of things, and I feel more in control than ever.

A representative for Jive Records stated that although Spears was working in the studio, “no album is scheduled at the moment” and that there were no plans to service “Mona Lisa” to radio. The song, which was written by Spears, Teddy Campbell and David Kochanski, was later re-worked to be included on Britney & Kevin: Chaotic. Spears composed “Someday (I Will Understand)” on the piano at her house, two weeks before she learned of her pregnancy with her first child, Sean Preston. She explained the song came “like a prophecy… when you’re pregnant, you’re empowered”.

Guy Sigsworth was the producer of “Someday (I Will Understand)”, and he also co-wrote a song with Imogen Heap, Robyn and Alexander Kronlund, titled “Over to You Now”, that was included as a bonus track on the UK and Japanese edition of the EP. “And Then We Kiss” was set to be included on a bonus disc too, but was left out in favor of “Over to You Now”.

The theme song “Chaotic” received a promotional release in Japan, despite not being released as a single. “Someday (I Will Understand)” was released as the only single from Britney & Kevin: Chaotic in Europe on August 21, 2005. The song reached the top ten in Denmark, Sweden and Switzerland and also charted in a number of European countries. The black-and-white music video premiered on the finale of Britney & Kevin: Chaotic. Directed by Michael Haussman, it features Spears as a pregnant woman and portrays a transformation of her character. A remixed version of the song was included on the 2005 remix compilation, B in the Mix: The Remixes. Britney & Kevin: Chaotic was released as Spears’ first EP on September 27, 2005 and has sold over 650,000 copies to date.

Stream It on Spotify