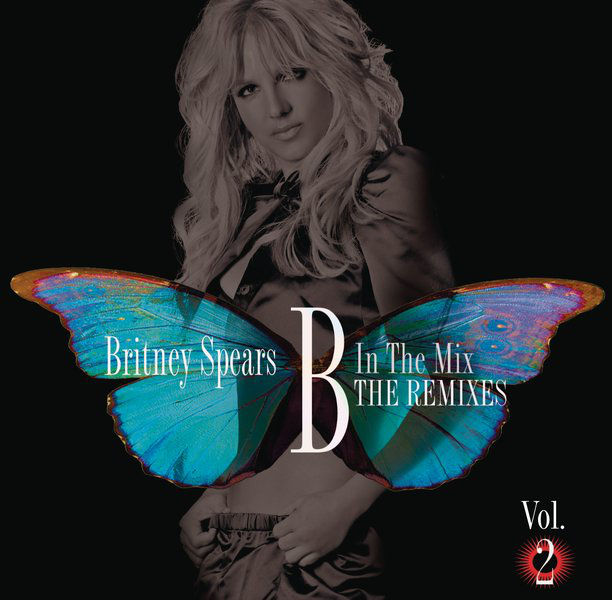 B in the Mix: The Remixes Vol. 2 is the second remix album by Britney Spears. It was released on October 11, 2011 through RCA Records. On September 9, 2011, Spears announced the release by posting the cover artwork and track listing on her Tumblr account. The album includes remixes of various tracks from her studio albums Blackout (2007), Circus (2008) and Femme Fatale (2011), as well as a remix of “3” and, exclusively in Japan, a remix of “My Prerogative”. The remixes were done by disc jockeys such as Kaskade, Tiësto and Benny Benassi. The music was influenced by various genres of pop music, such as dance-pop and pop rock.

In November 2005, Spears released her first remix album, B in the Mix: The Remixes. During the next six years, she released three studio albums: Blackout (2007), Circus (2008) and Femme Fatale (2011). Online store Fragantica.com reported that Spears’ new fragrance Cosmic Radiance could “be expected with launch of new remix album” by Spears in August 2011. On September 2, 2011, Sony Japan posted the cover artwork of B in the Mix: The Remixes 2, along with the announcement that it would feature unreleased tracks. The cover art for the album features Spears smirking with hair in her face behind a butterfly, while wearing a silk outfit. Amy Sciarretto of PopCrush said that although the cover resembled that of B in the Mix: The Remixes, it is “a somewhat unflattering shot of the normally gorgeous star.” On September 9, 2011, Spears posted the official cover artwork and track listing for B in the Mix: The Remixes Vol. 2 on her Tumblr account. The track listing included remixes of three tracks from each of her last three studio albums, as well as a remix of “3” from The Singles Collection (2009). However, the Varsity Team remix of “Criminal” was removed from most editions before the album’s release and replaced with the radio mix.

The cover photo is an outtake from her Femme Fatle album shoot by Randee St. Nicholas. Click here to view the original photo.

The remix album achieved moderate success worldwide. In the United States, B in the Mix: The Remixes Vol. 2 entered the Billboard 200 at number forty-seven, with sales of 9,000 copies, for the issue dated October 19, 2011. It also reached number four on the Dance/Electronic Albums component chart. In the United Kingdom, the album peaked outside the top hundred, at number one-hundred-and-seventy-one, while debuting at number nine on the Dance Albums Chart. In Canada, the remix album debuted at number fifty-three, and peaked within the top thirty in Italy. B in the Mix: The Remixes Vol. 2 reached the top ten on South Korean Gaon Albums Chart, where it reached number seven, and on Argentine Albums Chart, where it reached number five.