B in the Mix: The Remixes 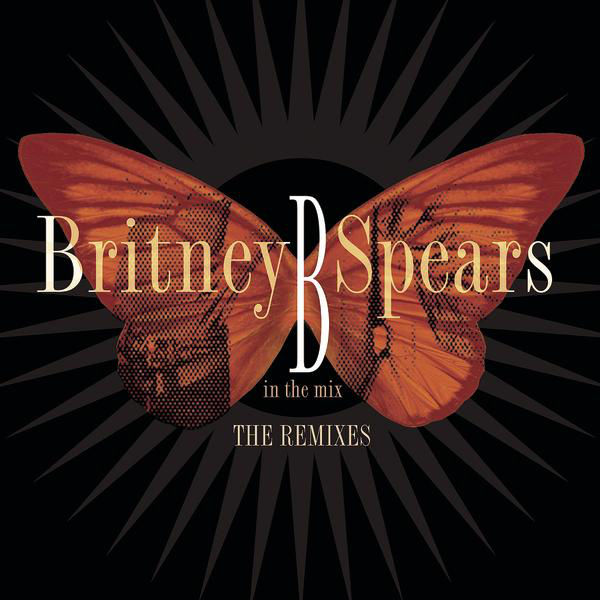 B in the Mix: The Remixes is the first remix album by Britney Spears. It was released on November 22, 2005 through Jive Records. The album contains remixes of tracks from her first four studio albums—…Baby One More Time (1999), Oops!… I Did It Again (2000), Britney (2001) and In the Zone (2003)—a remix of “Someday (I Will Understand)”, and a remix of a new track “And Then We Kiss”. The remixes were done by DJs such as Peter Rauhofer and Stuart Price. The music was influenced by various genres of electronic music, such as ambient and techno.

On September 28, 2005, Jive Records announced through a press release that Spears would release a remix album titled Remixed. However, on November 8, 2005, it was reported by Jennifer Vineyard of MTV that the album was actually titled B in the Mix: The Remixes, and was going to be released on November 22, 2005. The album includes songs from her previous albums remixed by DJs such as Peter Rauhofer and Stuart Price. Price had previously remixed “Breathe on Me” from In the Zone for a limited edition bonus disc of Spears’ first greatest hits album Greatest Hits: My Prerogative (2004). B in the Mix: The Remixes also includes one new song, “And Then We Kiss”; the song had previously been set to be included on a bonus disc of her DVD for Britney & Kevin: Chaotic (2005), but was left out in favor of another song, “Over to You Now”.

The Bill Hamel remix of “Touch of My Hand” is a trance track with elements of ambient. Spears’ voice has been described as “chopped up into skittering syllables and […] becomes part of the beat”. The album’s fourth track, the Jacques Lu Cont’s Thin White Duke Mix of “Breathe on Me” slows the beat from the original track making the song “darker and dirtier”. The remix style was compared to songs by Kylie Minogue and Madonna. Dave Audé Slave Driver Mix of “I’m a Slave 4 U” consists of a guitar track and “quirky analog touches”, according to Kurt Kirton of About.com. “And Then We Kiss” contains influences of euro-trance, techno and usage of synthesizers. The song blends dance-rock guitars and symphonic strings and closes with an orchestral overtone. Its lyrics talk about a kiss and the different sensations that the protagonist experiences, including trembling, crying and moaning. At the beginning she sings the lines “Lying alone / touching my skin” which suggest that the whole song may actually be a fantasy. The album’s seventh track, the Valentin remix of “Everytime” contains a serious groove and pounding percussion, with usage of synthesizers. The Jason Nevins remix of “Early Mornin'” is considered the only hip hop song of B in the Mix: The Remixes.

B in the Mix: The Remixes has two cover artworks: North American one and international one. On the North American edition, Britney doesn’t appear on the cover artwork; there is a red butterfly instead. Vineyard noted this, stating: “[the album] is being marketed in a more underground way than usually associated with a superstar act”. On the international edition cover artwork, a black-and-white image of Spears appears behind the butterfly. The photo was shoot by Anthony Carlucci. 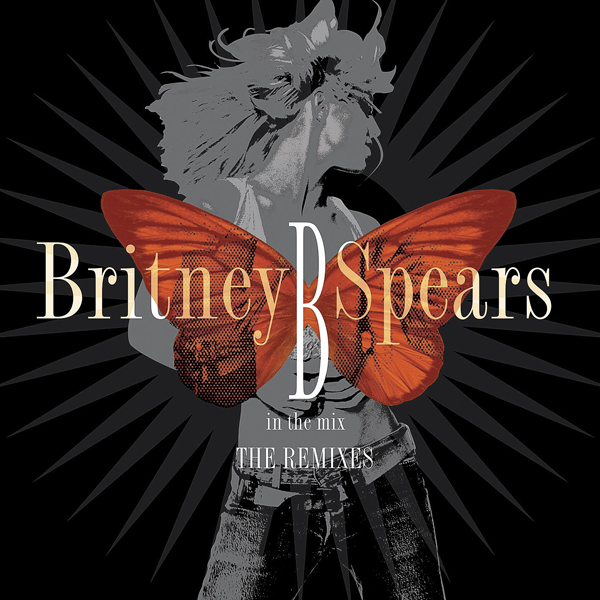 B in the Mix: The Remixes received little promotion compared to Britney’ standards. A promotional extended play (EP) titled Key Cuts from Remixed with several remixes from the album was released in September 2005. A contest was launched on Brit’s paid fan site for those who pre-ordered the album. The winner received a copy of Britney & Kevin: Chaotic, a bottle of her fragrance Fantasy with an additional lotion and make-up kit, and a personalized autographed picture of Spears. On November 22, 2005, the day the album was released, a release party was held at an unspecified nightclub in Los Angeles, California, organized by Spears’ management and the webmaster of the fansite WorldOfBritney.com. It was a limited event to five hundred people, including members of the fansite or her official fan club. Spears commented: “I just wanted to say that I love the idea of all my fans getting together to celebrate the release of my new album. I was happy to help! I hope you have a great night out at the club and dance all night long!”.

Before being included on B in the Mix: The Remixes, “And Then We Kiss” was initially produced by Mark Taylor for Spears’ fourth studio album, In the Zone (2003). It failed to be included on the album; however, after being remixed by Junkie XL for B in the Mix: The Remixes, it was released as promotional single from the album in Australia and New Zealand on October 31, 2005. A promotional 12-inch single featuring a new version of the remix was also released. The remix received mostly positive reviews from music critics, with some noticing its potential to be a radio or club hit. “And Then We Kiss” failed to appear on any major charts, however, it peaked at number fifteen on the US Hot Dance Airplay. The version of the song produced by Taylor remained unreleased for years, until a new mix of the song labelled as the original version leaked online on September 2, 2011. After suggestions that it might be fake, Taylor confirmed its authenticity to Bradley Stern of Muumuse.com on September 5, 2011.

B in the Mix: The Remixes received mixed reviews from music critics. Kurt Kirton of About.com highlighted the remixes of “Everytime” and “Don’t Let Me Be the Last to Know”, adding that the album would be better if it included more tracks. He summarized his review saying, “this is a decent release that should please any Britney fan and most club music fanatics”. Barry Walters of Rolling Stone said the album was “even more redundant” than Greatest Hits: My Prerogative, but added that with the exception of “Toxic”, “just about every original track is bettered here”. Spence D. of IGN said: “If you had the choice to purchase only one Britney Spears’ album, then this would be the one to spend your money on.” Stephen Thomas Erlewine of AllMusic commented that “B in the Mix doesn’t exactly erase the impression that Spears isn’t in tune with her recording career”. He also stated that on tracks such as “Toxic”, “her flaws stand out just a bit too much […] the instrumental hooks have been removed from the record, leaving Spears to carry the day—which she can’t really do. […] Overall this album sounds and feels like what it really is: a piece of product.” MTV writer Bradley Stern praised the album, saying it “featured loads of excellent remixes stretching from “…Baby One More Time” to “Toxic”, but nothing shined quite as bright as the album’s undeniable highlight: “And Then We Kiss” (Junkie XL Remix).”

Gregg Shapiro of the Bay Area Reporter gave the album a mostly negative review, calling it “hazardous waste”. He also noted that Spears’s voice was “reedy, cold and mechanical” when stripped from the original mixes. However, he highlighted two tracks, saying: “Spears comes closest to achieving dance-diva status on the Valentin remix of “Everytime”, while the Davidson Ospina 2005 remix of “Baby One More Time” elevates the original bubblegum track to club classic.” Mike Daniel of The Dallas Morning News called the Justice remix of “Me Against the Music” the best track of the album, but said it “has the feel of a hastily executed stopgap measure with almost no marketing-related thought behind it except to fulfill the once-every-two-years release cycle that’s been established for Britney material.” Entertainment Weekly writer Leah Greenblatt noted the remixes “amps already-aggressive singles like “Toxic” and “Me Against the Music” to brain-popping levels of synth spiraling”, and transforms “sad-eyed slow jams like “Everytime” and “Don’t Let Me Be the Last to Know” into Hi-NRG bursts. This party is BYORB (Bring Your Own Red Bull); without it, you might not be able to keep up.”