Published on In
Events Music News

Comments are off
Published on In
Interviews Music News

O.M.G! Surprise, Army! In a new interview with Vegas Player Magazine, Britney confirmed that she’s already working on new songs in the recording studio. “I’m not sure what I want the next album to sound like,” she says. “I just know that I’m excited to get into the studio again and actually have already been back recording,” she reveals.

It’s roughly one hour before Britney Spears will take the stage for another performance of her hit Las Vegas show, “Britney: Piece of Me,” when she smiles and leaps out of a chair. Hair and makeup complete, Britney’s ready. But first, the pop star makes a beeline to a small area backstage where she meets with anywhere from two to three dozen eager fans. As she poses for pictures and greets each of them, another sellout crowd is making its way into The AXIS at Planet Hollywood Resort & Casino. Photos complete, she runs back to her green room to dress for her opening number, “Work Bitch.”

It all happens in what seems like a flash. For Britney, it’s a routine she’s perfected over the past couple years. In fact, when it comes to green-room demands, Britney is rather easy. The girl from Kentwood, Louisiana simply requires some sweet iced tea, a few candles (she says they calm her nerves) and a CD player. “Yes, I still use CDs,” she admits, then adds. “Believe it or not, I still do get a bit nervous before I go onstage. But once the show starts and I hear the roar of the crowd, I’m totally energized.”

Now entering its third year, “Britney: Piece of Me,” has become one of the city’s top-selling, and most talked about, shows. “Vegas has really been a fabulous experience for me. I say it all the time, it’s become like a second home,” Britney explains. “I love everything about it.”

That includes dinners at MR CHOW, hitting the shops and lounging by the pool. She’s learned to make Las Vegas home.

One look at Britney and it’s clear she’s been hitting the gym. Not only has the spunky, always on-the-go mother of two found the energy to keep up with her equally active boys, she’s taken her workout routine beyond just cardio and light weights. She spent this summer mastering Planet Hollywood’s FlowRider — an intense wave simulator — and tackled parkour, an obstacle course training discipline often used by contestants of the show American Ninja Warrior.
END_OF_DOCUMENT_TOKEN_TO_BE_REPLACED

Comments are off
Published on In
Music News Videos

O.M.G!!! Here’s the first teaser of “Slumber Party” music video!!! The video premieres this Friday at 3 a.m. EST on VEVO

“Slumber Party” is out now!

Britney’s new single “Slumber Party” ft. Tinashe is out now on iTunes but only through the album, there’s no single release… yet.

YES YES YES!!! Britney’s new single “Slumber Party” ft. Tinashe is coming out TONIGHT at midnight ET!!! The video will be released on November 18. ARE YOU READY?! Here’s the first still from the music video. 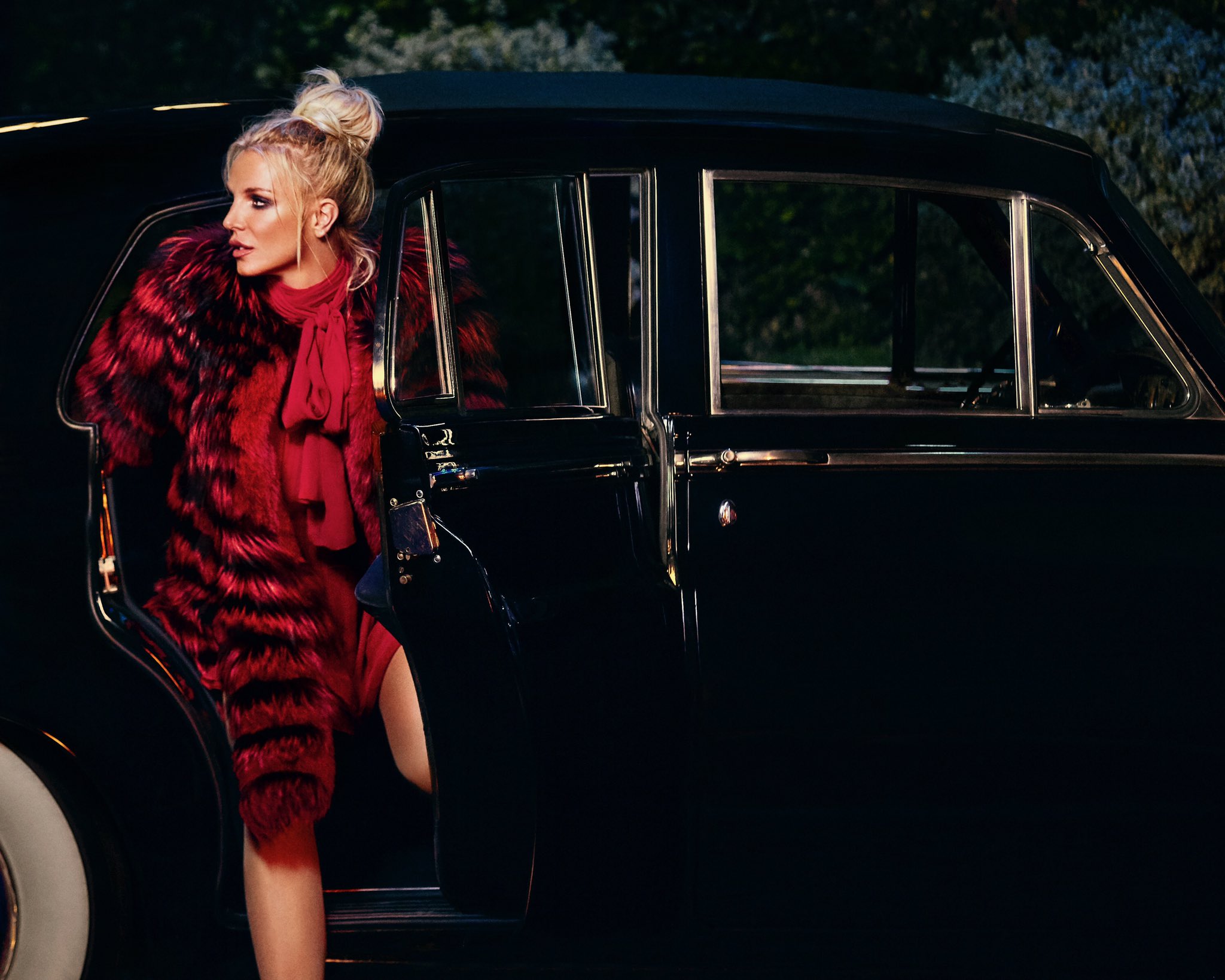 Comments are off
Published on In
Interviews Music News Videos

Britney confirmed “Slumber Party” as the second single of Glory

We finally got the official word on the second single… Britney confirmed in a new interview with Mario Lopez that Slumber Party will be her next single. No official release date has been confirmed yet.

More specifically, she talked about the single’s music video, she described it as “It’s kind of a younger ‘Eyes Wide Shut’ theme. So it’s kind of a little risqué. It’s sexy. It’s very moody.”

Here’s the interview with NCCF president Jeff Gordon and Mario Lopez for Extra.

On Piece of Me Charity Ride: “I love kids. So when Jeff told me about this I was like ‘this is something that I had to do.’

On Doing her own “Slumber Parties”: “No slumber parties…no one special at the moment.”

On her Piece Of Me wardrobe malfunction: “Yeah, well, it was really tight around my neck. It was the second time I’ve worn it and I was on the guitar and it just popped and I was like, ‘Oh, my God. It’s never done that before!’ so I just had to hold myself. One of my dancers, Zach, he came to me and put a shirt on me, so I had, like, a huge nightgown onstage… it was kind of invigorating!”

Her body: “I like to work out. I have a trainer. I love swimming.”

On Sean and Jayden dictating her Instagram posts: “I have to ask permission. They’re very funny [about] what I put out. Like, ‘Mom, we want this on Instagram. Mom, this cannot go on Instagram.’”

Loved spending the day shooting with this great guy!

Comments are off
Published on In
Music News Photos Videos

Britney just posted a picture on her twitter on the set of her nw music video. We hope they don’t end up scrapping the video becuase “it just didn’t work” lol