Britney on the cover of V Magazine Spring 2016!

Surprise! Britney’s on the cover of the Spring issue of V Magazine with and gorgeous new photoshoot by Mario Testino. There are three diferents covers  for the magazine.

Join us as we celebrate our 100th issue! Starring Britney Spears photographed by Mario Testino and styled by Robbie Spencer for three covers and one iconic inside story, V100 brings you an all-star cast of image-makers, stylists, celebrities, designers, and contributors for a one-of-a-kind party in print. Taking the opportunity of this anniversary, we have put together an unprecedented double issue covering V’s past through a dedication to the contributors who made the dream of V possible, as well as bringing together the top names in music, art, film, and fashion right now for a look toward the future. Stay tuned for the surprise appearances we have in store and pre-order your copy to get a Piece of V delivered direct to your doorstep! 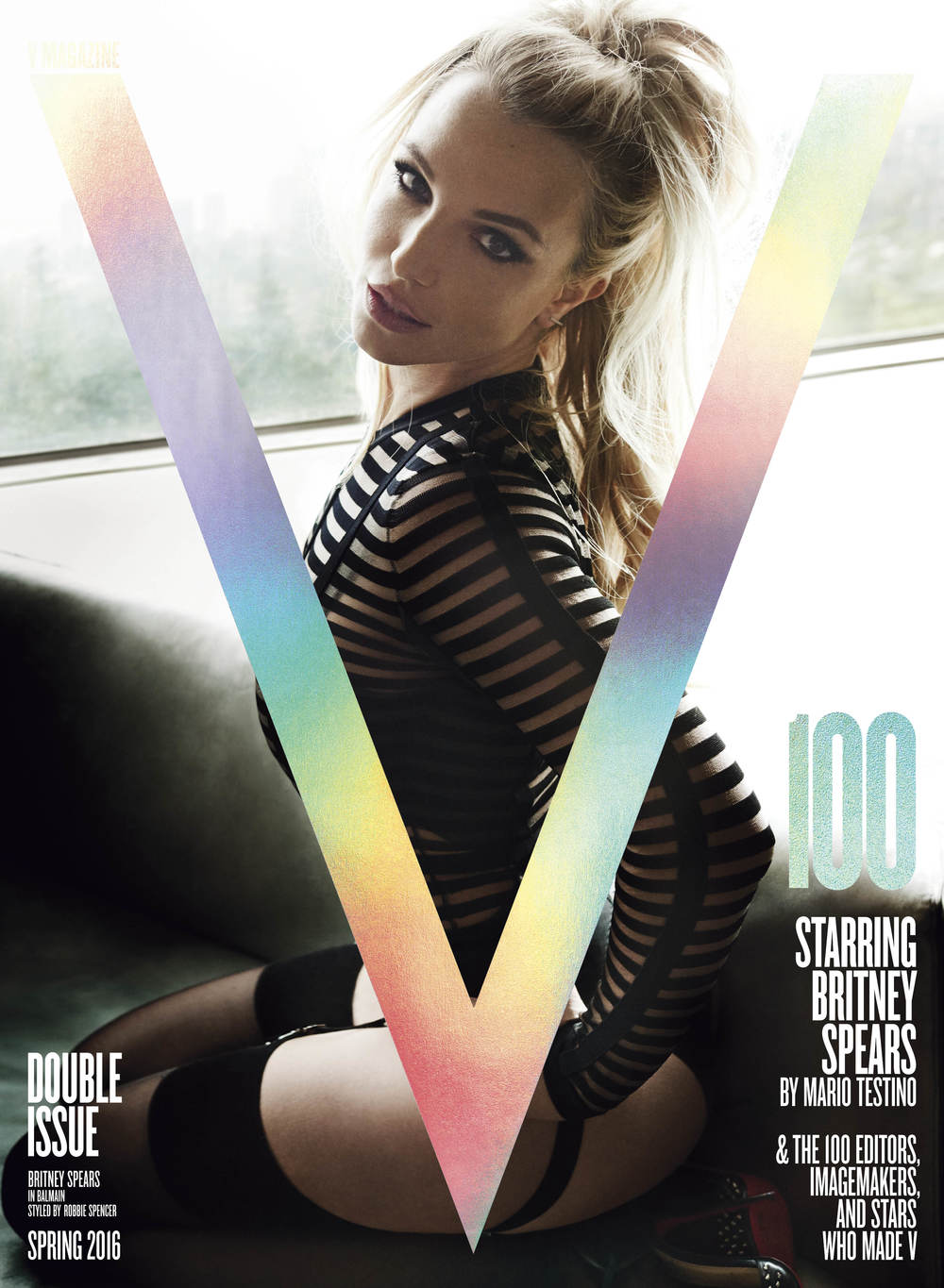 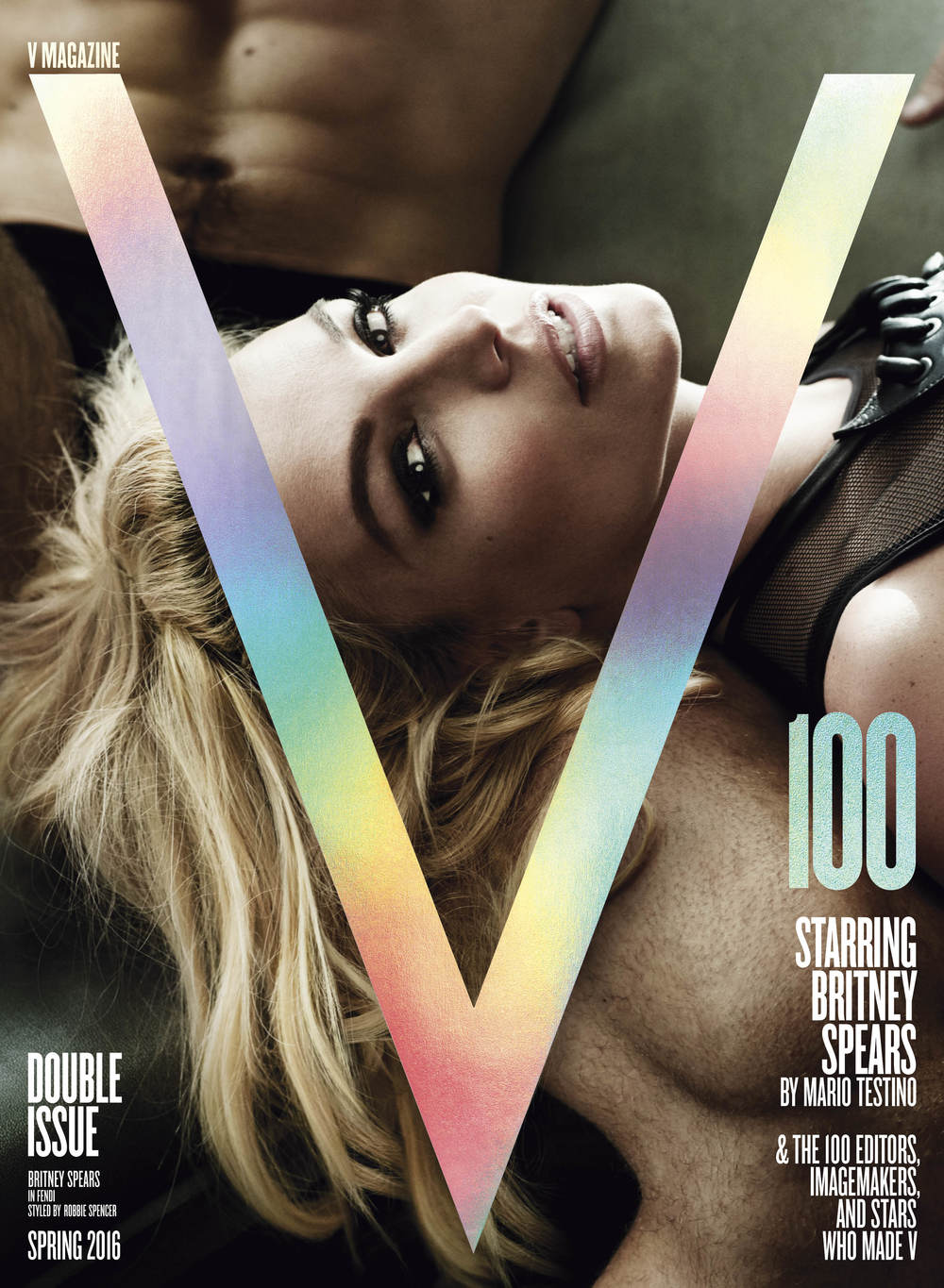 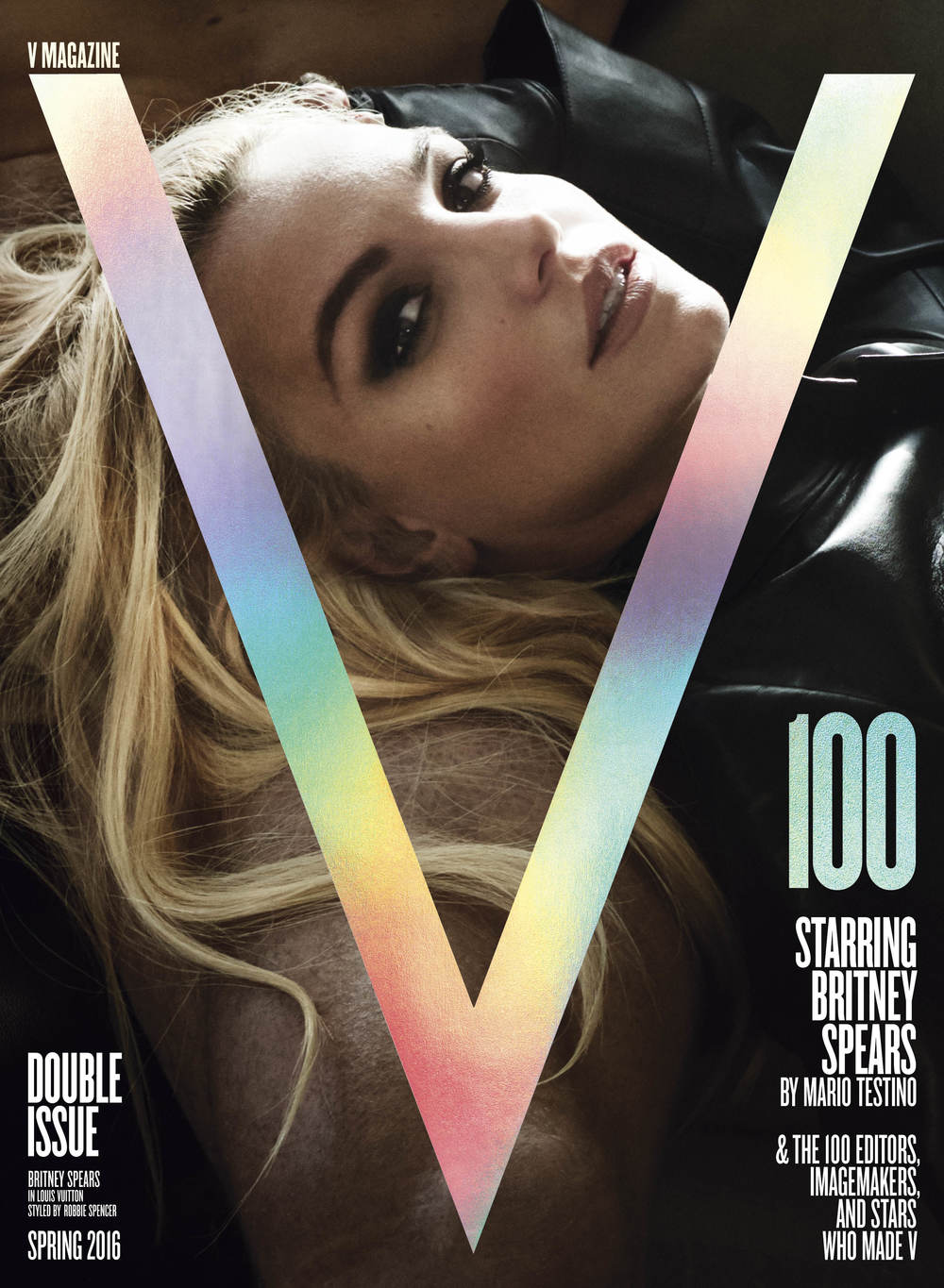 On her upcoming album: “Honestly, I’m just particular with this record. It’s my baby, and so I really want it done right. I would much rather have it be completely how I want it to be, whether that takes another year for me to do, or two months. I have no idea at this point. But I just know that the direction I’m going in is so good. It’s the best thing I’ve done in a long time. I’m proud of the work, and it’s very different; it’s not what you would think at all. But I’m not rushing anything. I just want it to be done right, so that my fans will truly appreciate it.”

On not being into technology: “Honestly, I still don’t use my computer. My kids use the computer more than I do! I understand that a lot of people are into it, and I have days where I write and stuff, but it’s really not for me. It’s not my thing.”

On haters: “Whoever is in the spotlight, people are really quick to judge. I mean, there are a lot of kids coming up who’ve experienced that. You know, Justin Bieber, he’s huge, and he experiences that. It’s just the way the world works, unfortunately. I’ve been doing this for 20 years. I kind of don’t pay attention to it. I have my relationship with God and myself and that’s what matters to me. I really don’t care what most people think.”

OOPS!… V DID IT AGAIN. BRITNEY JEAN RETURNS TO THE CENTER OF THE RING FOR OUR 100TH ISSUE, ON THREE COVERS BY MARIO TESTINO. CAN YOU HOLD IT AGAINST US? WITH A SOLD OUT SHOW AND HER NINTH STUDIO ALBUM ON THE WAY, THE FEMME FATALE IS STRONGER THAN EVER. CHECK OUT THE COVERS ABOVE, AND BE SURE TO PRE-ORDER YOUR COPY OF V100 HERE

In January of 1999, Britney Jean Spears released her debut album …Baby One More Time—a record that would catapult Spears to the forefront of the public arena (with multiple hit singles and Grammy nominations for Best New Artist and Best Female Pop Vocal Performance), and ultimately change the trajectory of pop music forever, influencing young musicians through the aughts into today.

As fate would have it, while Spears was driving the music industry Crazy, a different act in another Circus was beginning to take shape; in September of 1999, just nine months after Spears’s debut studio album hit shelves,the inaugural issue of V was borne into the fashion fold. Seventeen years later, these parallel paths have converged, with Spears on the cover of our 100th issue (photographed by Mario Testino, who also shot the cover of V1—and Spears’s V70 cover).

Spears’s appearance on the cover of V100 speaks not only to where we V started, but to how it has evolved over the years. When founder and editor-in-chief Stephen Gan set out to release the first issue, he had a specific vision in mind for the magazine: V was to be the ultimate insider glossy for a new generation of die-hard fashion followers. Now, V has come to be held in a similar regard for music—a factor that Gan took into heavy consideration when deciding who should grace the anniversary issue’s cover.

“When looking for cover worthy subjects for our 100th issue, we had to ask ourselves, Who do pop stars and musicians—who have become an integral part of what V represents—look up to and admire?” says Gan. “There was only one answer: Britney! She has entered icon status, and who in our world did not grow up listening to her music?”

As you will read in this issue’s cover story, Spears has grown up quite a bit herself over the years. While she puts the finishing touches on her ninth studio album (due this spring), the 34 year-old mother of two has found herself to be a well-adjusted adult, happy to spend her days pleasing crowds with her Vegas show, Piece of Me. Stay tuned for the full interview and more from V100, on stands March 8th and available for pre-order now.

Britney posts new “Breathe On Me” videos on Instagram!

New Piece Of Me dates announced

Billboard full interview: Britney on Why Her Vegas Residency ‘Clicked,’ Being Inspired by Celine Dion and a New Album Not Being a ‘Full Priority’
Britney will be opening the iHeart Radio Music Festival
New “Carpool Karaoke” photo