Published on In
News Photos xray

XRAY has been updated with the exclusive HQ photos from the 1998 shoot by Fryderyk Gabowicz. Be sure to check them out below! Comments are off
Published on In
News xray

Brit and Sam were spotted out in Los Angeles on August 30. Check out all the photos in XRAY! We’ve seen this performance before (It was uploaded to Brit’s official youtube channel 2 years ago) but now MTV has also uploaded the “Make Me / My, Myself and I” performance at the 2016 VMAs. Watch it down below.

MTV uploaded to Youtube this Top 10 of Britney’s best red carpet looks, acceptance speeches, and performances at the VMAs. Do you agree with it? 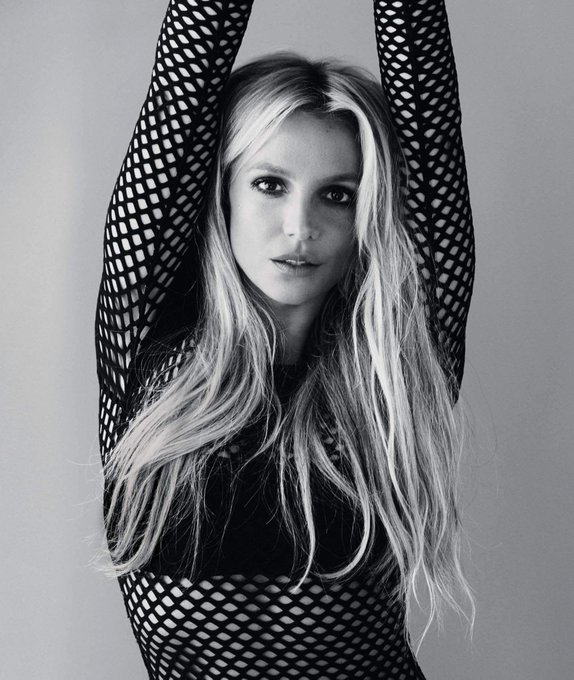 It tok them more than 15 years, but MTV has finally uploaded in HD the “Like A Virgin / Hollywood / Work It” performance at the VMAs 2003! Enjoy it in HD!

You tought that we wouldn’t have a new perfume in 2019? You were wrong! Team B is going to release a new fragrance called Prerogative Rave.

Here are all the details about this new Prerogative edition. The fragrance
The new uninhibited fragrance for all.

Daring. Energetic. Irresistible. Step into a world where everything provocative is pushed to the next level. Show your moves. Dance the night away. Live like there’s no tomorrow.

Prerogative Rave. The new uninhibited fragrance for all from Britney Spears™

A hook of zesty and mouthwatering mandarin is made even more luscious with crisp Williams pear and juicy raspberry. In the floral heart, hypnotic red calla lily is wrapped with dewy freesia and fresh green jasmine. Sleek, modern sandalwood and cedar notes, along with cashmeran and musk, wrap you in an addictive sensuality.

You can buy a 30ml & 100ml bottles at Boots but we don’t have any other information about its release.

On August 4 Brit, the kids and Sam were spotted at Disneyland in Anaheim. Check out all the pics in our gallery! No, we are not back in 2009, it’s still 2019. But yeah, Jamie Spears is using his power to sue a fan again. No, it’s not for all the serious accusations made by the #FreeBritney movement, but because he, Anthony, posted about something we all noticed: That positive comments were being deleted from Brit’s instagram posts. Yep, we are not lying.

Honestly, I don’t know what he’s trying to do. This is a complete threat to all her fanbase (another one). And why does he even care about something so stupid as comments on instagram but he takes no action against the “lies” said by the movement. Of course I say “lies” because for them none of the accusations are true (even though they changed the narrative so many times that they ended up admitting lots of the things said, but you know what I mean).

So I wanna say to Jamie, Lou, Larry and every asshole on Team Britney: We are not afraid. We know the truth and we have SO many evidence, the court documents don’t lie. It’s all online. We can also see how you keep deleting comments on Brit’s instagram. We know you staged all the paparazzi photos to do some damage control but I’m afraid it wont work. You abused Brit for so many years and time’s up for all of you. I really hope that the judge’s investigation exposes all of you and your dirty buisness.

Here’s the full report by TMZ, the site on Jamie’s payroll.

Britney Spears’ dad has had enough with online blogs which have accused him of mistreating his daughter … and now he’s suing to make it stop.

Jamie Spears is suing on behalf of Britney’s conservatorship, alleging Anthony Elia — the creator of the popular “Absolute Britney” blog and social media accounts — defamed him and the rest of Britney’s team when he said the team was manipulating Britney’s Instagram account to create the illusion she needs help.

In one post, Elia accused Jamie and co. of deleting positive comments from Instagram in order to highlight the negative comments … giving a false impression Britney was doing way worse than she actually was.

Elia is accused of falsely suggesting Britney’s team — directed by Jamie — is “using her social media in a way to negatively portray her and do her harm.” In other words, Elia suggested Jamie was making Britney’s condition seem worse than it was in reality.

Elia went even further, saying, “This has to be a human right’s violation?”

The lawsuit, filed by celebrity lawyer Larry Stein, is suing on behalf of Jamie, as the conservator of the Britney Spears Estate.

What really seems to upset Jamie is that, according to the lawsuit, Elia made his comments out of a “gut feeling.”

Sources close to Britney tell us the online rumors created by Elia and other fan accounts have gotten so bad that law enforcement has gotten involved. We’re told death threats have been made to just about everyone involved in Britney’s conservatorship … many of which have been taken seriously.

Our sources say reports of Britney being prohibited from driving or using a personal cellphone are simply untrue … and backed up by photos of her out in her car and using a phone.

TMZ broke the story … Britney checked into a mental health facility in April. The singer became distraught over her dad’s illness and needed some time on her own to heal. She was released a short time after and is back home, focusing on her family.

And of course, we fully support Anthony, the fansite and any other fan that might be threatened by that idiot.